Following a brief delay to work out some kinks with its autopilot feature, the fifth update for Microsoft Flight Simulator has pulled in the hanger. Among the list of changes, it offers improved autopilot behavior for pitch management, along with better altitude capture and stability for the Cessna 208 B Grand Caravan EX, Cessna Citation Longitude, Boeing 747-8 Intercontinental, and Daher TBM 930.
This patch was supposed to arrive a little bit earlier than it did, but Microsoft announced on Tuesday that it needed a small bit of additional time before pushing it out to the public.
"We encountered some issues related to the autopilot across various planes right before we were set to release Update 5. We decided to take some extra time to address the issues to ensure that everyone will enjoy this update. It’s going to take a few days, but it is close!," Microsoft said at the time. 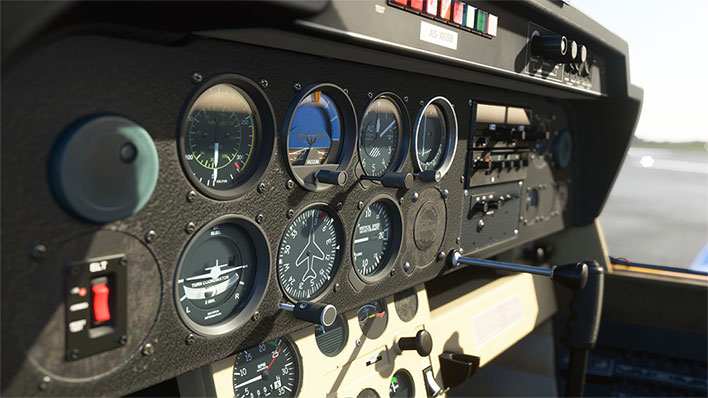 Now it is here, with those issues apparently having been hammered out. According to the release notes, it brings with it improved sensitivity and twitchiness of control surfaces for a few planes (Daher TBM 930, Cessna 152, Cessna 152 Aerobat, Cessna 172 classic, and Cessna 172 G1000), support for the Thrustmaster TCA Quandrant Airbus Edition controller ($100 at B&H Photo), and proper tracking of landing challenge scores in the leaderboards, among other things.
Microsoft also made a few UI improvements. They include...
Beyond the UI, there are some visual upgrades note. The fifth update introduces motion blur, new temporal anti-aliasing (TAA), and water night reflections. In addition, Microsoft fixed an temporal upsampling issue, improved night lighting in general, and got rid of the huge hole in Brazil.