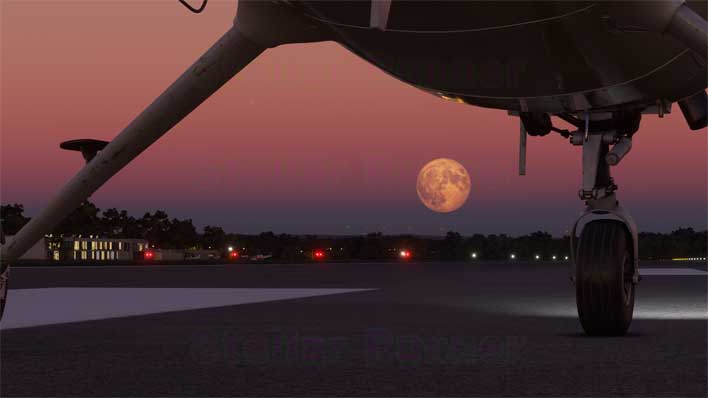 Developers behind Microsoft Flight Simulator have announced that Alpha 4 build 1.4.2.0 is now available to download. The new alpha update adds new content, fixes bugs, and comes with an updated list of known issues. There are several fixes to the Boeing 747 in the update, including more accurate glass cockpit displays, and autopilot functionality has been improved overall. 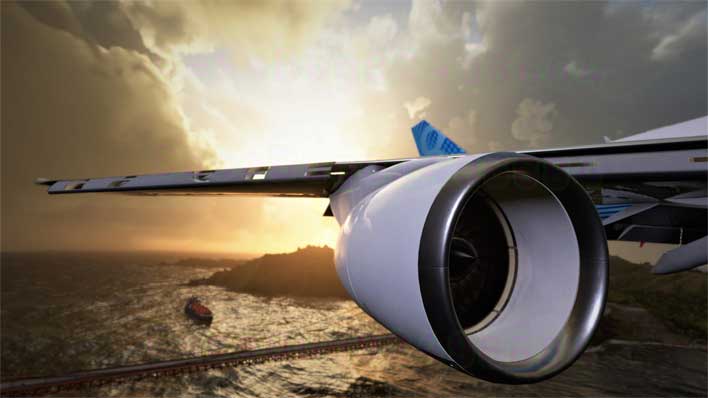 Visual improvements to the cockpits, airframe exterior, and visual effects are part of the new alpha. Transversal fixes to improve the Boeing 747 and Airbus A320 have been implemented in the game with V-Speed improvements that aim to noticeably improve flight performance, controls, and overall predictability during flight. Developers also made improvements to better represent the flight plan with more accurate calculations and virtual representations of the displays. A wealth of bugs were addressed in the update, along with the overall game experience getting additional polish. 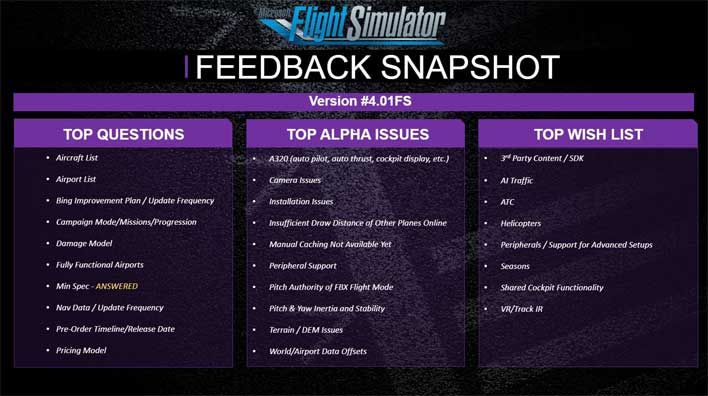 Flight model updates have been added to all the planes. Overall, changes to aerodynamics for the vertical and horizontal tail surfaces make the surfaces behave more like wing surfaces and no longer like flat surfaces. That change is significant and changes model behavior requiring an overall readjustment for all the planes. One of the significant improvements in the update is improved elevator and rudder authority, improved pitch and stability, improved weight and balance, and improved stall behavior for all aircraft in the game.

Numerous reported airport issues have been fixed, and all aircraft have received an improved autopilot user experience. Specific fixes for individual aircraft were applied in the update. There are still some issues in the game, including difficulties adjusting flight plans using glass cockpits. In airliners, weather radar doesn't currently draw the map center. Fans still wanting to get in on the alpha will be glad to hear that new invitations are being sent out today. As mentioned in the update from June 4, the Partner Series Update introducing METEOBLUE is official, and the video can be seen above. An updated feedback snapshot is also included above listing some of the top issues, questions, and wish list items.