The Microsoft Flight Simulator 2020 team has offered a new development update on the game this week, and it's a short one. One of the critical bits of information in the update is that the anticipated Partnership Series Update, which is the last postpone deliverable, should land on June 11. Developers say that the team is working hard to deliver the next installment of the Partnership Series on that date.

The wording "working hard to deliver" details on June 11 seems to give the developers a little bit of wiggle room if things don't go as planned. Assuming the update does land next week, details about the partners contributing to the game will be revealed. Microsoft has said in the past that partners can develop aircraft and airports, among other things, that can be added to the game. 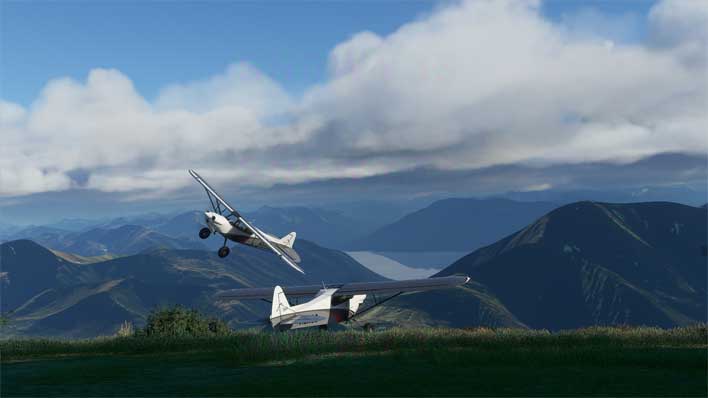 Alpha 4 is currently in the final testing stages and is being prepared for release starting next week. Developers say that the new alpha is tracking to release on June 11, barring any unforeseen issues. Notes for the build will be released on the same day. Flight Simulator fans still hoping to get in on the alpha action should be checking for invites as the next round began going out yesterday.

The June version of the Flight Simulator Development Roadmap has been published, and it reveals that the Partnership Series announcement is expected to include details on meteoblue, which is a meteorological service. Presumably, meteoblue will bring weather data into the game. 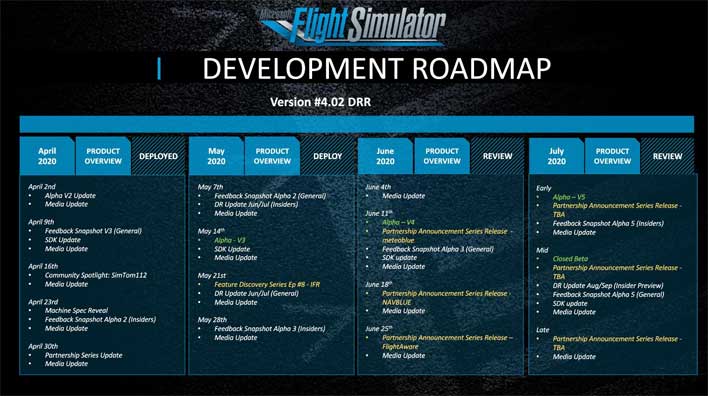 June 11 is also expected to bring an SDK update, general Feedback Snapshot Alpha 3, and a media update. Other Partnership Series updates expected in June include NAVBLUE on June 18 and Flight Aware on June 25. Last week's Microsoft Flight Simulator 2020 update was a big one bringing the delayed, and anticipated, IFR support to the game.