The Partnership Series updates have been delayed due to the current health challenges brought on by COVID-19. However, the team is announcing that the next Partnership Series Spotlights will feature NAVBLUE, meteoblue, and FlightAware. NAVBLUE is software that pilots can use for flight planning, aircraft performance, flight data analysis, aeronautical charts, crew planning, navigational data, and acts as an electronic flight bag. Meteoblue is a meteorological app that provides high precision weather forecasts, while FlightAware is a service that tracks commercial flights in the air, all around the world. 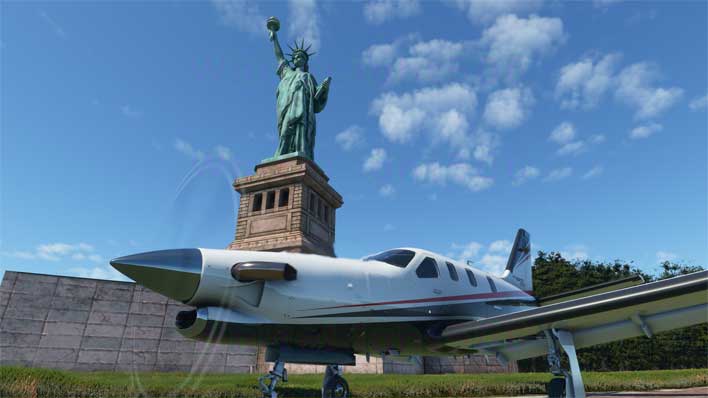 The team promises to provide a timeline for when they will be releasing each spotlight in the May 7 update along with the next set of Partnership Series Spotlights that is planned for introduction. The Microsoft Flight Simulator 2020 team is targeting May 7 for an update on the SDK. The Episode 8 IFR deliverable is still scheduled for May.

The big focus for the developers currently is the Alpha Build 1.3.x.x that is now underway. The team says that the big focus of that update will be the addition of the Boeing 747 for community testing. The developers announced that aircraft was in the works last week. Sending out invitations to the alpha is underway and the team says it is almost finished with the first step, which is ensuring that everyone who received an acceptance email has access to the alpha. Currently, they are performing the final pass and will then move to step two. Step number two is to assess alpha participation options for adding more people while prioritizing those that register early for pre-release build testing and sending out invites.