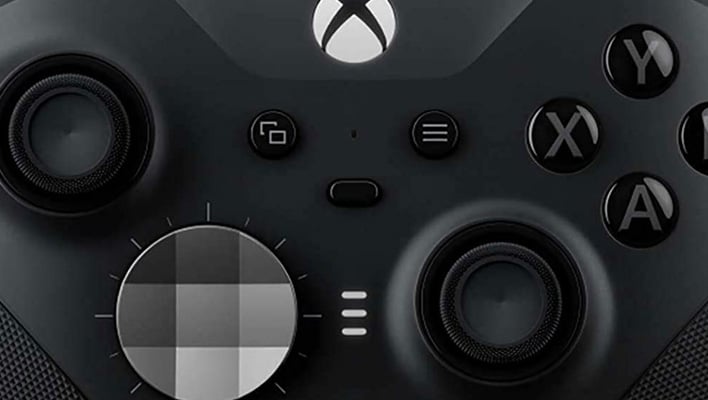 Microsoft is quadrupling the warranty period for its luxury Xbox Elite Series 2 wireless game controllers, from 90 days to a full year from the date of purchase. The decision comes after the Elite Series 2 was added to an existing class-action lawsuit over an alleged defect in some Xbox One controllers that can cause the analog sticks to drift.
"We’ve received claims that a small percentage of our customers are experiencing mechanical issues when using their Xbox Elite Wireless Controller Series 2. To ensure your satisfaction, we’re extending the warranty coverage period on Elite Series 2 controllers from 90 days to 1 year from the date of purchase," Microsoft stated in a support article.
In addition, the expanded warranty coverage applies retroactively to Elite Series 2 controllers that have already been sold. "If you incurred repair costs to service your Elite Series 2 controller, you'll be issued a refund by Microsoft before October 31, 2020," the company added.
It is not clear how this will affect the class-action lawsuit, which alleges that "a large volume of consumes have been complaining about stick drift on Xbox One controllers since at least 2014," the result of the type of lubricant used in conjunction with the controller's potentiometer. The lawsuit further claims Microsoft knew about and "failed to disclose the defect," and also "routinely refuses to repair the controllers without charge when the defect manifests."
The expanded warranty coverage and repair refund policy should at least cover part of the complaint, though it is not clear if Microsoft did this on its own, or if this will ultimately be part of a settlement. Either way, it is good news for Elite Series 2 owners.
That said, there is no mention of refunds or free repairs for Elite Series 1 owners, the original luxury controller that Microsoft launched in 2015 for $150. The Elite Series 2 came out in late 2019, priced at $180.