Microsoft introduced “Live Tiles” to its desktop operating systems with Windows 8, and it continued with the Windows 10 Start menu in 2015. Live Tiles have proven to be controversial with users and it now appears that Microsoft may soon ditch them. The Windows Insider team recently showed off a potential new Windows 10 Start menu design that would forego Live Tiles and introduce a more streamlined design.

Live Tiles were originally intended to allow users to quickly access information. Users can check up on the weather forecast, view emails and messages, and scan news headlines without needing to open an app. However, certain issues have emerged since the release of Live Tiles. Many developers have not taken advantage of the concept, and there are also a number of native Windows 10 apps that do not support Live Tiles.

There have also been complaints about the aesthetics of Live Tiles, with many complaining that the design is too chaotic and obscures icons. Some have called for a simplified design that is similar to the Windows 7 Start menu. 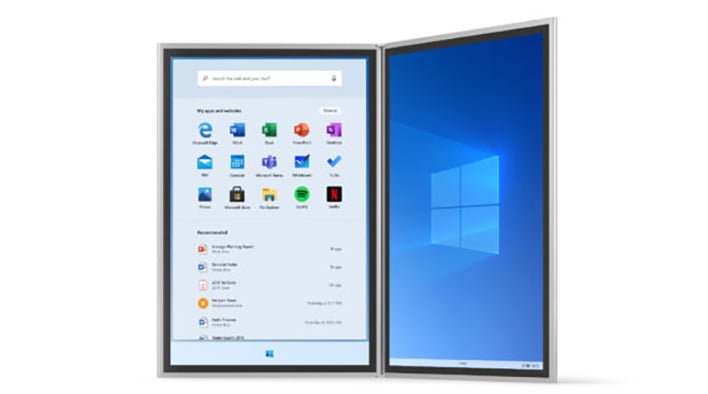 The new Windows 10 Start menu design presents a "acrylic, fluent theme". The Live Tiles’ accents colors have been eliminated and colorful icons stand out against the fresh backgrounds. The new design is particularly meant to compliment light and dark modes.

Brandon LeBlanc, a senior program manager on the Windows Insider team, remarked, "Live Tiles are not going away, we have not announced anything of the sort. Those that enjoy their Live Tiles will continue to be able to do so." This new design will be available to those who turn Live Tiles "off".

It is also rumored that Microsoft will make a final decision once they have received feedback from Windows 10X emulator users. Windows 10X is a new version of Windows 10 that is meant for dual screen devices. Microsoft got rid of Live Tiles in Windows 10X to create a cleaner design. An emulator for Windows 10X was recently released to allow developers to begin creating new apps. Live Tiles may go the way of the dodo bird if the design of Windows 10X proves to be popular.