Today, Microsoft and Hewlett-Packard Enterprise announced a partnership to bring Azure and edge computing to the ultimate edge: space. This will allow Azure workloads, local computing, and artificial intelligence (AI) capabilities to be leveraged on the International Space Station (ISS).

As Tom Keane, Corporate VP of Azure Global, explains, “Astronauts and space explorers deserve access to the best cloud computing technologies and advanced processing.” When it comes to working and computing in space, “Sometimes analysis needs to be done immediately at the edge,” or “other times the analysis is so massively complex that it can only be performed with the power of the hyperscale cloud.” Thus, the Microsoft and Hewlett-Packard Enterprise (HPE) relationship was formed. 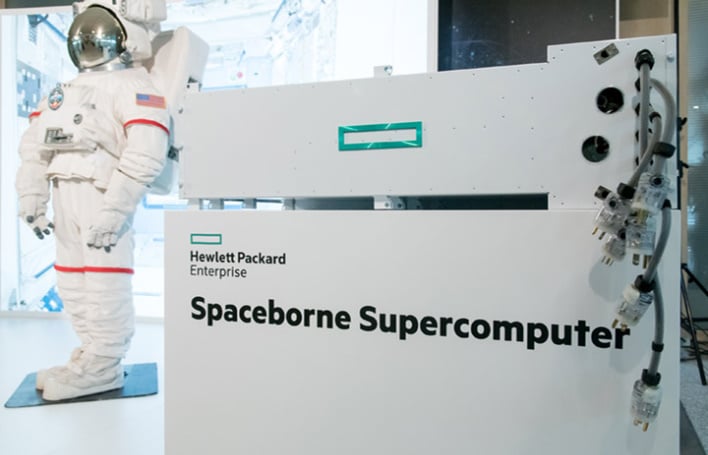 The goal of pairing HPE and hyper scale Azure would allow for the development of AI and machine learning models to complete research, make weather models, support hydroponics, and analyze medical imaging. Ultimately, “HPE and Microsoft are collaborating to further accelerate space exploration by delivering state-of-the art technologies to tackle a range of data processing needs while in orbit,” according to Dr. Mark Fernandez, Solutions Architect of Converged Edge Systems at HPE.


On February 20th, the HPE Spaceborne Computer-2 will launch to the ISS atop the 15th Northrop Grumman Resupply Mission. At the end of the day, this is one more step for Microsoft in furthering the Azure Space endeavor and bringing the cloud into the final frontier. Hopefully, we will get to learn more about what this means for the ISS in the future, but for now, let us know what you think of edge computing at the ultimate edge in the comments below.
(Spaceborne Image Courtesy of HPE)