Micron announced plans to invest big money—up to $100 billion—to build what it claims will be the largest semiconductor fabrication facility in the history of the United States. Incidentally, the announcement comes around nine months after Intel unveiled plans to build a mega-site in Ohio, which in time the company said could become the largest semiconductor plant on the planet.
We'll let Micron and Intel quibble over which mega-fab is ultimately more expansive when all is said and done (these things take time to build). As for Micron's massive fab site, the memory maker said it will spend up to $100 billion over the next two decades to get it constructed in Clay, New York. The first phase of the investment will be a $20 billion chunk by the end of this decade.
Micron expects the mega-fab to eventually contain four 600,000 square-foot clean rooms, for a total of 2.4 million square feet of clean room space. That's roughly the size of 40 American football fields. Micron also anticipates its mega-fab will create nearly 50,000 jobs in New York, of which 9,000 of them will be "high paying" (though Micron doesn't get any more specific than that). 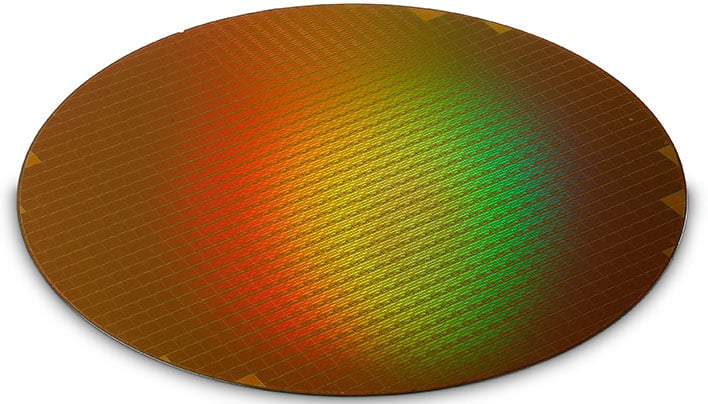 "This historic leading-edge memory megafab in Central New York will deliver benefits beyond the semiconductor industry by strengthening U.S. technology leadership as well as economic and national security, driving American innovation and competitiveness for decades to come," Micron President and CEO Sanjay Mehrotra said in a statement.
Mehrotra also credited the Biden administration's CHIPS and Science Act for making this kind of investment on US soil feasible. As it relates to this project, Micron will receive $5.5 billion in incentives from the state of New York, via federal grants and tax credits.
Interestingly, Micron's announcement comes on the heels of memory makers issuing production cuts to prevent DRAM and NAND flash chip prices from continuing to fall. Just last month, Micron said it was issuing a "nearly 50 percent wafer fab equipment capex cut" compared to last year.
That said, Micron's mega-fab is a long-term investment. Over the long haul, Micron is putting itself in position to increase its domestic supply of leading-edge memory. According to Micron, this fab will play a big role in creasing leading-edge DRAM production to 40 percent of its global output over the next decade.
Preparation for Micron's $100 billion mega-site will begin next year, with construction expected to start in 2024.