President Biden commends the COMPETES Act that just passed the House of Representatives as a necessary step to begin weaning America off its dependence on China for chip manufacturing. The act passed the House in a 222-210 vote along party lines, and must now be reconciled with a similar bill passed by the Senate last year.

Anyone who has tried getting their hands on a GPU in the last couple of years has felt the pain of the chip shortage. But the pain goes much farther than just gamers seeking an RTX 3080. It has impacted other industries as well, such as the automotive industry that uses chips in every car manufactured these days. Industry leaders have been lobbying Congress to step in and provide some type of relief and aid in the midst of the shortage. The COMPTETS Act the House just passed must now somehow be reconciled with the US Innovation and Competition Act (USICA) the Senate passed last year in order for any help to be provided.

Intel CEO, Pat Gelsinger, has already joined Biden in applauding the COMPETES Act as a necessary step in overcoming the current situation. In a post on his Twitter account on February 4th, he stated, "Today's passage of the #AmericasCOMPETESAct is an investment for our future!" The bill has been given the nickname the "China competition" bill, as companies like Intel, Apple and TSMC seek to build new US-based semiconductor manufacturing that will enable the country to be far less dependent on China for chip production. 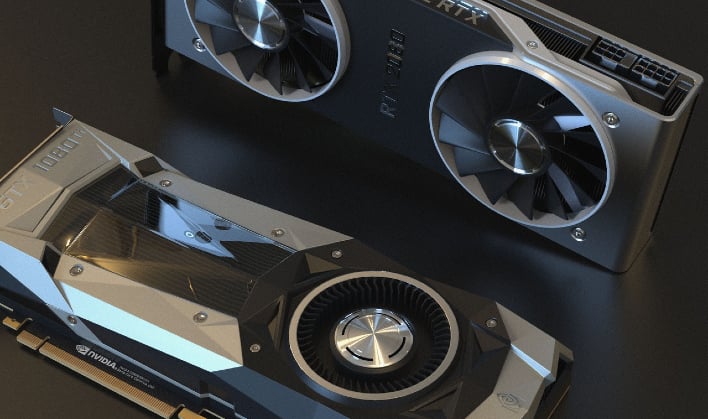 In a statement from Al Thompson, VP of US Government Relations at Intel, he stated, "By passing the America COMPETES Act today, the House of Representatives took an important step forward toward fully funding the CHIPS Act and investing in essential technology research and development. Now, we urge both parties in the House and Senate to move quickly to reach an agreement on a final bill for passage."

The US Innovation and Competition Act has a similar $52 billion in funding, but it only has $10 billion earmarked for fabrication funding. In comparison, the COMPETES Act would provide $39 billion to fund new semiconductor fabrication facilities. Intel and others are certainly hoping that a final bill will fall closer to the $39 billion side of things, as they are banking on those funds to help them build their planned expansions. TSMC is getting ready to build a new facility in Arizona, and Intel has already announced plans for building new facilities in Ohio, Arizona and New Mexico.

Two of the chipmaking plants that could potentially receive funding from a final bill include Samsung's $17 billion factory in Texas and Intel's $20 billion "mega-fab" in Ohio. There is no doubt both companies, and many others, are anxiously anticipating Congress being able to come together and provide much needed help in overcoming the dire chip shortage.