When it comes to electric vehicles, Tesla has been at the top of the leaderboard for so long that most challengers are looked upon skeptically when announced. While the Porsche Taycan Turbo can match the Model S for performance, it still comes up short with respect to maximum range and Tesla's vast nationwide Supercharger network.

However, Mercedes-Benz is looking to put up an even more formidable challenge to Tesla's [currently] unmatched lofty range figures. Mercedes-Benz has released updated specifications for its EQS luxury electric sedan and says that the vehicle will be capable of traveling up to 478 miles per charge based on the WLTP cycle. 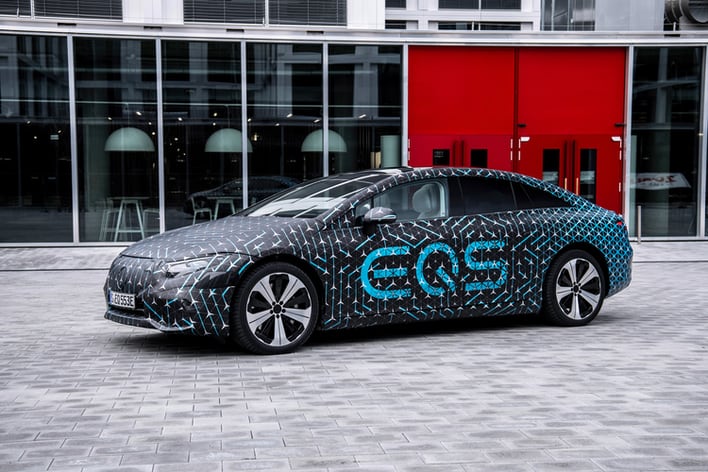 However, we must caution that WLTP range tends to be rated vastly higher than U.S. EPA range figures. Even so, 478 miles WLTP should translate into well over 300 miles and perhaps around 400 miles or greater on the EPA cycle. In other words, it should be within spitting distance of the current Model S Long Range, which is EPA-rated for up to 412 miles. The EQS's long range is attributable to a maximum battery pack capacity of 108 kWh and its low drag coefficient (Cd) of just 0.20 -- among the lowest ever for a production vehicle. Recharging the vehicle will be accomplished used 200 kW fast-charging stations. 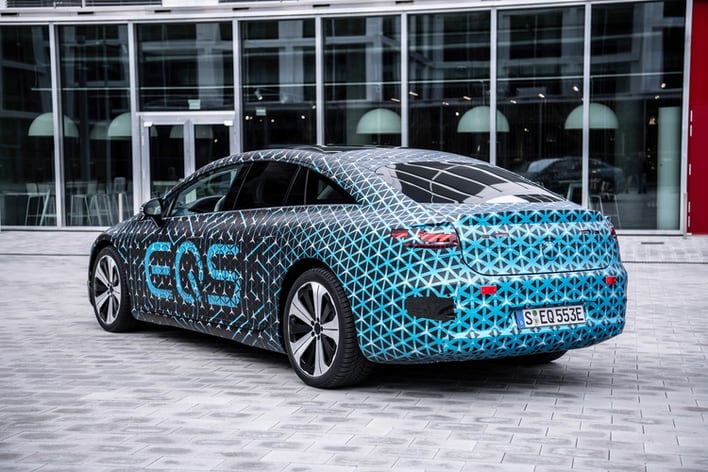 Mercedes-Benz is also now stating that the EQS will be available in configurations ranging from 245 to 385 kW of power output (single motor RWD, dual-motor AWD), which translates into roughly 328 to 516 horsepower. That's a far cry from the 1,020-horsepower claimed by the Tesla Model S Plaid, but the EQS is going after more luxury-oriented sensibilities than pedal-to-the-metal performance. 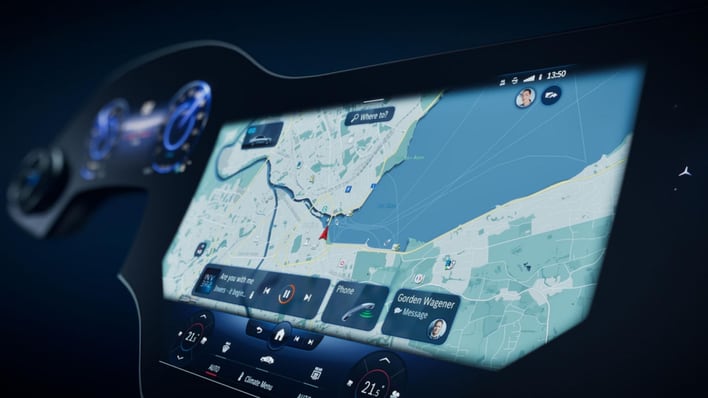 It was previously announced that the EQS would have an innovative Hyperscreen that measures 56 inches across. Rather than being one massive display, three separate displays comprise an instrument cluster behind the steering wheel, a central infotainment display, and a display for the front passenger. The system uses a mixture of touch input and haptic feedback coupled with 12 actuators. The Hyperscreen system is powered by an octa-core SoC backed with 24GB of RAM, which puts every smartphone on the market to shame.

The Mercedes-Benz EQS will be fully unveiled on April 15th and will launch in late 2021 if all goes according to schedule.