Tesla is by far the most important and best-selling player in the electric vehicle market. While the Model S was its first breakout hit, the Model 3 and the Model Y have recently been the volume sellers for the company. Given that the Model S hasn't seen significant visual updates since it launched in 2012, it's not a surprise that sales have been lagging. Thankfully, Tesla has addressed this with a redesigned Model S.

You'd be forgiven if you didn't take notice of the exterior changes, which are primarily limited to front bumper that has been reshaped to allow for improved aerodynamics (further improving its overall efficiency). There are also some updated wheel options and a new chrome delete option (replaced by gloss black trim), but you won't mistake this for anything else but a Model S. 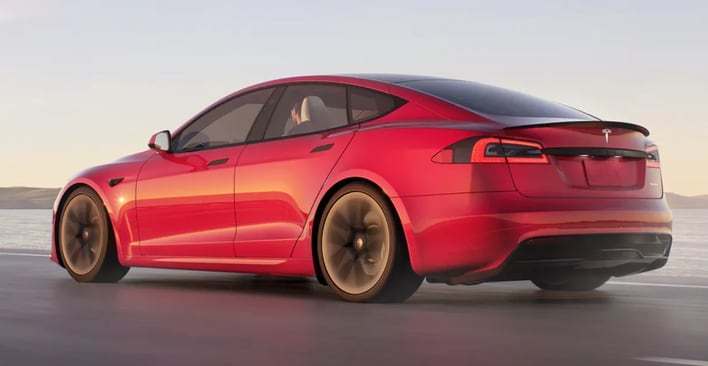 On the performance front, the Model S Long Range has seen its range boosted to 412 miles, and if you go for the more performant 1,020 horsepower "Plaid" trim, range drops to 390 miles. But the big new addition is the "Plaid+" trim that will deliver over 520 miles of range, which is quite incredible for an EV. Both the Model S Plaid and Plaid+ feature a triple motor setup (instead of dual motors) and can reach a top speed of 200 mph (instead of being limited to 155 mph). While the Model S Long Range can go from 0-60 in a lighting quick 3.1 seconds, the Plaid does the deed in just 1.99 seconds. According to Tesla, the Plaid+ is in sub-1.99 second territory. 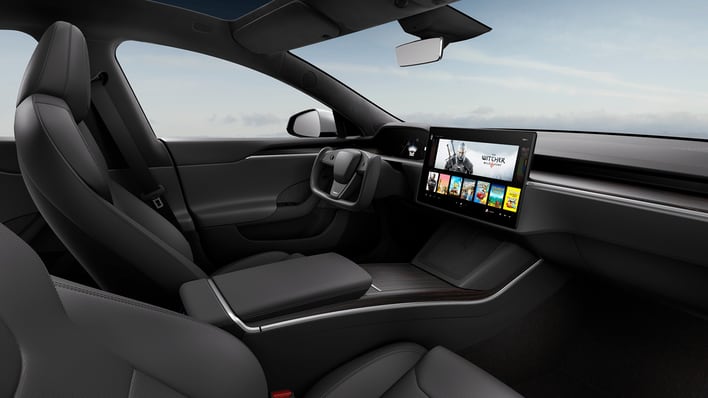 There are significant changes to the interior, which has been completely redesigned. Instead of the portrait-style display on previous versions, the new Model S has a horizontal central display measuring 17 inches across (2200x1300). Unlike the Model 3 and Model Y, the Model S retains a display screen for the instrument cluster (12.3 inches). New for the Model S is a central 8-inch display for the rear passengers that is mounted at the back of the center armrest/console. There's also a rather odd-looking U-shaped steering wheel which gives you an unobstructed view of the instrument cluster. 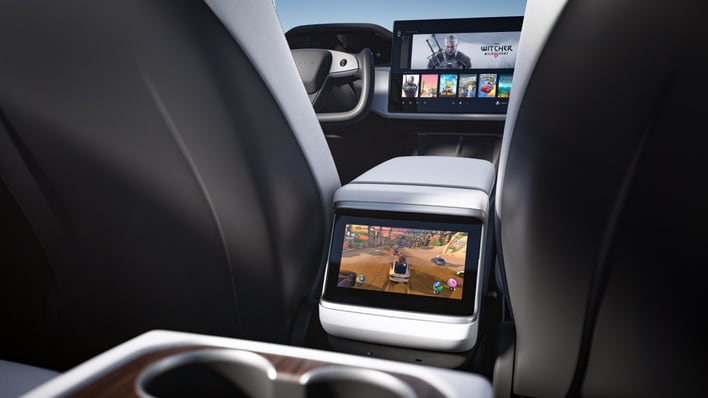 What's even more intriguing is that Tesla says that the Model S is equipped with 10 teraflop compute engine that allows you to play games from either the front seats (when the vehicle is stationary) or the back seats. There's also wireless controller support and it looks as though it’s capable of playing The Witcher 3. We don't know what kind of GPU is powering the system, but rumor has it that could have an AMD RDNA 2 GPU.