If you have been paying any attention to Google, you have probably noticed a lot of new projects that come and go from the Mountain View tech giant since its inception. Well, there's another one of their projects that is no more, in name at least: Google Duo.

In June 2022, Google made an announcement stating that all Google Meet features were going to be added to their mobile cross-platform video meeting system, Google Duo. Google Duo was first released to be a sort of competitor to Apple's facetime as quick and easy ability to rapidly set up and use video calling between you and your friends via your contact list.


That is all well and good, but apparently Google feels like doing Google things, and has decided to rename Google Duo. That's right, Google Duo will now be called Google Meet. Which of course is not entirely the same product as Google Meet yet, which on mobile platforms will be renamed to Google Meet (Classic).

This is definitely not the first time Google has made some questionable naming decisions. Its chat platforms make excellent examples. Google's first Chat software was called G Chat, which later got renamed to Hangouts. Then they launched and later shut down Google Allo, which did not interact with Hangouts. Later, Google decided to launch a new chat application to compete with Slack and Discord, Hangouts Chat, which was only cross compatible in one-on-one messages to the original Hangouts. Hangouts Chat was later renamed to Google Chat, and Google slowly started shutting down the original Hangouts. 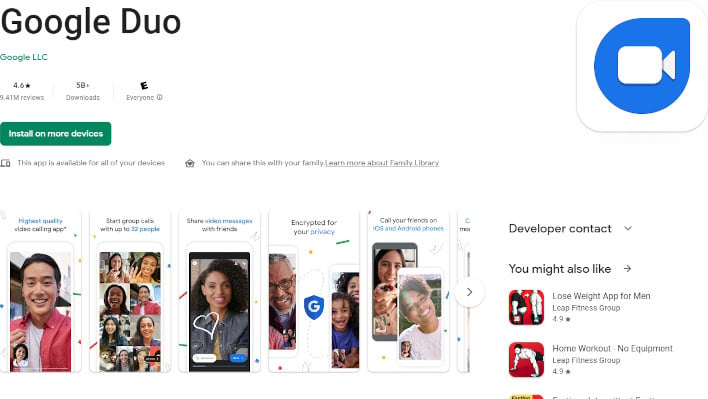 
Despite all of the confusing naming changes and conventions, the move to make Google Duo the same name as Google Meet does make sense in that it has feature parity to Google Meet. It does, however, make it confusing to end users. Which Google Meet is my meeting for? Or am I supposed to call someone on my phone with Google Meet? Or is it a meeting on my phone because I'm mobile on Google Meet (Classic)? All of these questions could come up. Even though that confusion does exist, Google has stated that Meet Classic likely will be deprecated in the future. It is most likely account and function parity will also be part of the now renamed Google Duo's future.