Forget Zoom, Google Duo Soon To Support Up To 32 People On Video Calls

Due to the current health crisis, many people have increasingly turned to Zoom to communicate with their co-workers, students, friends, and family. Zoom has proven to be rather untrustworthy, it still has remained a popular option. Thankfully, other video chat services are ramping up their capacity and capabilities. Google Duo will soon be able to host up to 32 participants in a video call.

Google Duo had previously only been able to host up to eight video callers. They increased the number to twelve this past March to help users during the pandemic. Sanaz Ahari Lemelson, Google's Senior Director of Product and Design, tweeted, “We recognize group calling is particularly critical right now. We have increased group calling from 8 participants to 12 effective today. More to come.” At the time it was unclear whether this increase would be permanent or temporary measure. 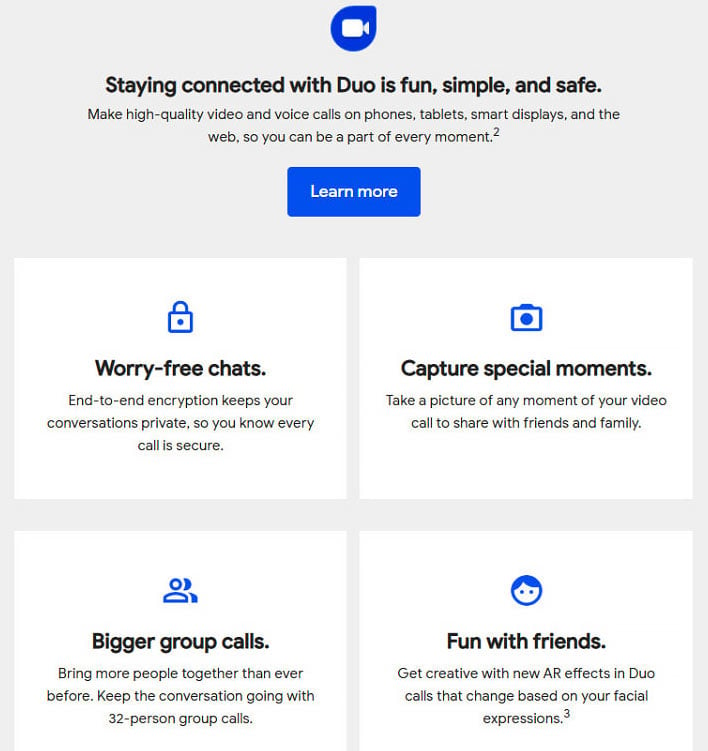 It appears we now have our answer. Google has recently sent out a promotion email that states that Duo will soon host up to 32 people. It is unclear when this change will come into effect, but it is certainly a welcome one. Major corporations and large college courses may be unable to take advantage of this change, but Duo’s upcoming update will likely be enough for most people.

Google is also adding a few additional features to Duo. Duo on the web is coming soon. Users will be able to see a greater number of people in their call with grid view, and invite anyone with a Google account to their call with a link. The app’s new family mode allows users to doodle and add effects on the screen without worrying about accidentally muting or hanging up their call. These various effects will also be available in one-on-one calls on both Android and iOS versions of the app. The first effect is a vase of flowers in honor of Mother’s Day in the United States.

This past April, Google also made “Google Meet” free for all users. Google’s premium video conferencing service had previously only been available to enterprise and education users. Google Meet allows up to 100 participants and various paid features are currently free until September 30, 2020.