First and foremost are the changes to textures throughout the Mass Effect series. The new reveal trailer below shows this off, but it is pretty impressive when you compare images side by side. Overall, textures look less flat, and there is more detail than the original textures. We can especially see this in characters' faces, which look significantly better, as shown up above.

However, the texture upgrades are not limited to characters as environments and objects have also been improved. You can see texture upgrades on vehicles and items, but there is more ambiance as well.
There may be junk alongside the road or ashes, dust, or embers flying through the air. Again, it comes back to the game having more depth in the textures than previously. At the end of the day, the game, which dates back to 2007, should look stellar in 4K HDR after the facelift with the Legendary Edition. 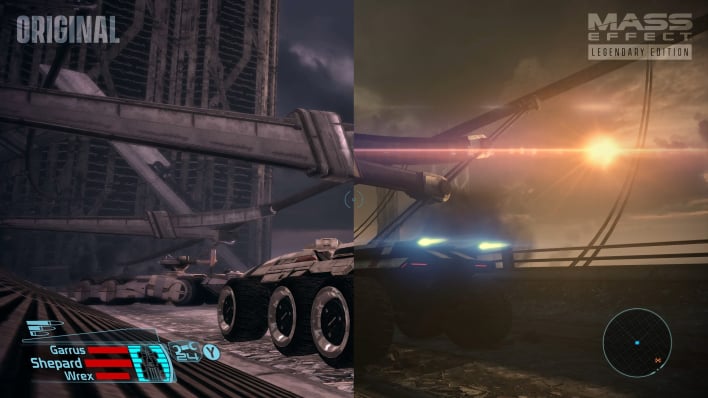 Besides textures, there is now controller support on the PC version of Mass Effect, and updated key bindings for a better layout. Furthermore, the HUD has been given a touch up to make it more modern and easier to use compared to newer games. Players will also find improved character customization across the entire trilogy if they are into that.

Overall, the Mass Effect: Legendary Edition should bring the game trilogy to new heights while catering to a new audience. The people who played before will also get to relive the enjoyment they got on the first play through, which is quite exciting. In any case, if you are excited for the upcoming Mass Effect remaster, let us know in the comments below, and we cannot wait to join you on the Normandy.