Happy N7 day, Mass Effect fans! November 7 has been something of an unofficial holiday for BioWare fans over the years, as news of a new game in the enormous hit sci-fi role playing series has traditionally dropped on this date. Today, BioWare announced that it has heard its fans' cries and has been working on a remaster of the original trilogy. Mass Effect Legendary Edition will come in Spring 2021 and bring Mass Effect to a new generation. Let's take a look at the official trailer, which dropped today.


What makes this release so legendary is that it's not just a remaster of the original game. Mass Effect Legendary Edition includes all the base content and downloadable content from the first three Mass Effect games, the numbered trilogy excluding the stinker that was Mass Effect Andromeda. The fact DLC is included with this bundle will come as a relief to those who experienced the original ending to Mass Effect 3, in particular, since the add-ons that came post-launch really cleaned up the last portion of that game.

In a separate blog post, EA details how BioWare has been hard at work updating all of the graphical assets related to the original three Mass Effect games. That includes textures, models, shaders, and graphical effects. BioWare assured its fans that the studio is not interested in reworking the story or "reimagining" Mass Effect, but is instead focused on making it look amazing. It's reassuring that BioWare doesn't want to take these stories that are so beloved by fans (and Mass Effect 3 -- heyooo!!) and turn them into something new, since the very act of rewriting them would surely anger the most devout. 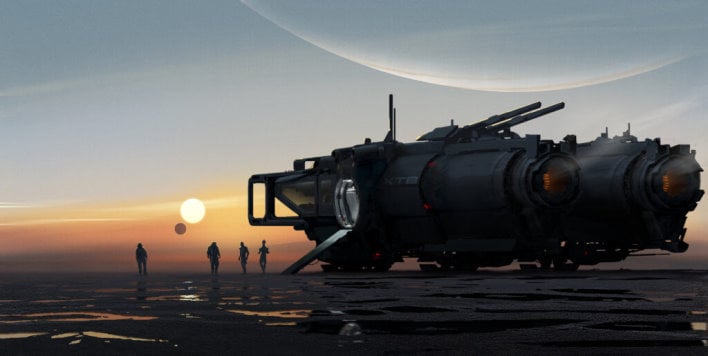 At launch, Mass Effect Legendary Edition is coming to PC, Xbox One, and PlayStation 4. EA also says additional enhancements will come to PlayStation 5 and Xbox Series S and Series X later on, and promises more information in early 2021. We're certainly going to be eager to slip into the first adventures again and re-experience them with new graphics.

In addition to Mass Effect Legendary Edition, EA says another "veteran" team within BioWare is working on the next chapter of the Mass Effect universe. This project is in its infancy, apparently, and EA says it can't say much yet. However, we're sure that EA and BioWare want to wash the bad taste of Mass Effect Andromeda, which only garnered middling review from critics and users alike, out of everyone's mouths. Hopefully the studio is working up something worthy of the name of Commander Shepard.