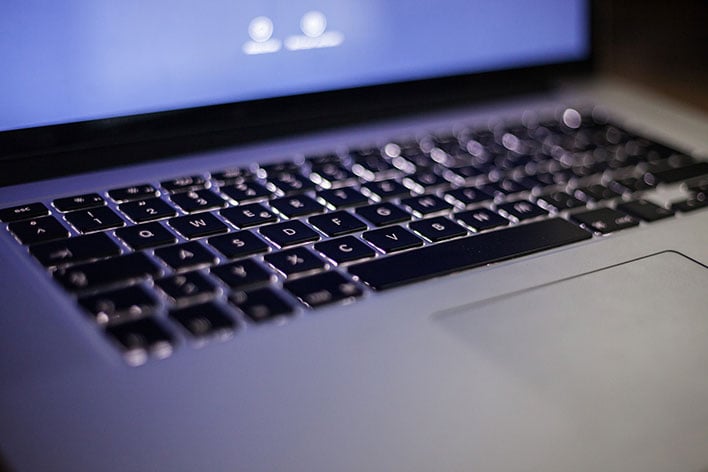 Get a Mac, they said. It will be fun, they said. But what they did not tell you is that Macs are not immune to malware, contrary to what some people might think. It has to be less of a risk though, right? Maybe, maybe not. A new security report indicates that malware threats on the Mac increased a whopping 400 percent in 2019.
The exponential increase resulted in Mac systems being twice as susceptible to malware threats as Windows-based PCs. Surprised? Admittedly, so are we.
"Mac threats increased exponentially in comparison to those against Windows PCs. While overall volume of Mac threats increased year-over-year by more than 400 percent, that number is somewhat impacted by a larger Malwarebytes for Mac userbase in 2019. However, when calculated in threats per endpoint, Macs still outpaced Windows by nearly 2:1," Malwarebytes noted it is 2020 State of Malware report. 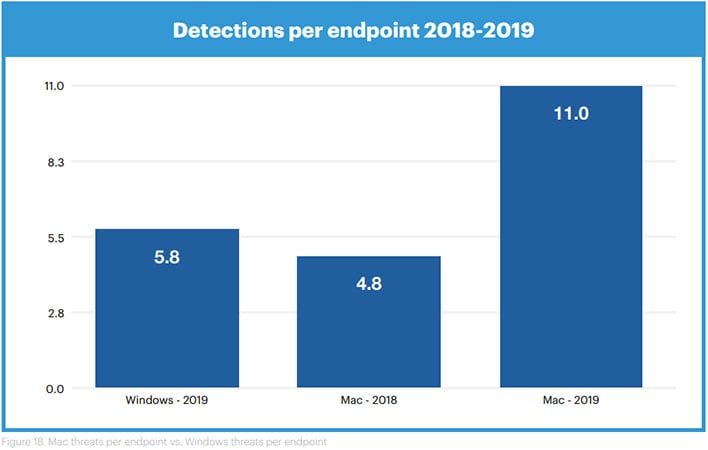 Much of that can be attributed to adware rather than things like ransomware, keyloggers, and so forth. Malwarebytes says it detected 30 million adware samples on Mac systems last year, versus 24 million Windows adware detections. A new adware family called NewTab led the way, with 28 million detections attributed to it.
"The average number of threats detected on a Mac is not only on the rise, but has surpassed Windows—by a great deal. This is likely because, with increasing market share in 2019, Macs became more attractive targets to cybercriminals. In addition, macOS’ built-in security systems have not cracked down on adware and PUPs to the same degree that they have malware, leaving the door open for these borderline programs to infiltrate," Malwarebytes noted in its report.
It was not all adware. Cryptocurrency miners, backdoors, and traditional spyware crept into the Mac landscape as well. Out of those, malicious code identified as OSX.Generic.Suspicious topped the list. Malwarebytes also called to attention FakeFileOpener, which is designed to abuse and imitate legitimate macOS functionality to direct users to scam websites.

Of course, Windows has its fair share of malware problems. On the plus side, consumer infections dropped 2 percent in 2019, though businesses saw a 13 percent uptick. Overall, Windows-based malware went up a percentage point last year. Likewise, this was dominated by adware.

On Windows PCs, Malwarebytes Labs noted a surge in the hack tools category of infections. These types of infections increased 42 percent from the previous year, with nearly 1 million more infections in 2019 than in 2018.
"Hack tools are a category of threats that are frequently used for hacking into a computer or network. These tools may not be malicious themselves, but they are capable of additional intrusion, data collection, and dropping other malware payloads. The sharp increase in hack tools detections on consumer endpoints is concerning, and we’ll be keeping a close watch on this category in early 2020 and beyond," Malwarebytes says.
You can view the full report (PDF) for a more in-depth breakdown. And regardless of what platform you use, stay safe out there!