Is your smartphone’s lock screen protected by the 4th Amendment of the United States Constitution? A recent court case in Washington state argued that activating a person’s lock screen could potentially count as a “search”. Lock screens are therefore protected from “unreasonable searches and seizures” and law enforcement must have a search warrant.

The court case focused on the constitutional rights of Joseph Sam. Sam was arrested by officers from the Tulalip Police Department in May 2019. One of the officers powered on Sam’s Motorola smartphone. The officer did not attempt to unlock the device or force Sam to do so.

The Federal Bureau of Investigation (FBI) later also powered on Sam’s device in February 2020. However, the FBI agent took a screenshot of Sam’s lock screen which displayed the nickname “Streezy.” This evidence proved to be useful during their investigation.

District Judge John C. Coughenour of the United States District Court in Seattle contended that the police officer’s behavior was potentially reasonable and legal. The 4th Amendment of the United States Constitution protects the “right of the people to be secure in their persons, houses, papers, and effects, against unreasonable searches and seizures.” Law enforcement can obtain a search warrant if they have “probable cause” to do so. Law enforcement officials are also able to conduct a search “incident to a lawful arrest” and to inventory the personal effects of a suspect. It is unclear why the police officers powered on Sam’s phone. Judge Coughenour has requested more information from the police about the arrest and their intentions, but has not ruled their actions unconstitutional. 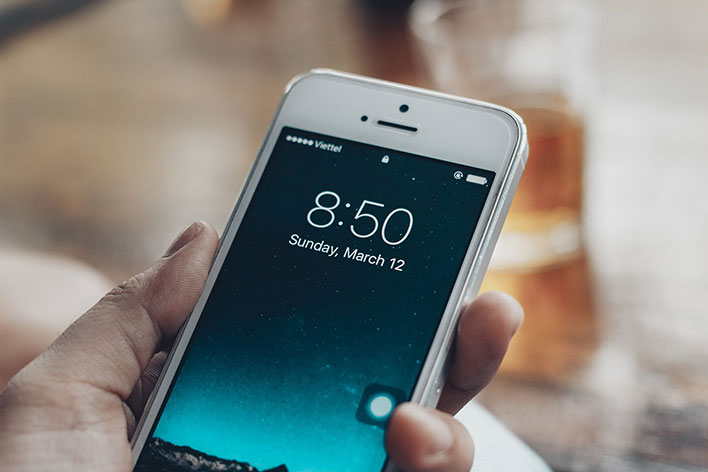 It will be interesting to see whether this ruling will be overturned. Law enforcement need a search warrant under the 4th Amendment if the suspect has a “person’s reasonable expectation of privacy.” For example, law enforcement cannot intrude upon a person’s home, because a person typically expects some level of privacy. The US government during the court case argued that Sam could have “no reasonable expectation of privacy in his phone’s lock screen.” After all, the whole purpose of a lock screen is to prevent others from unlocking your device. The lock screen is what anyone would encounter should they have physical access to your device.

There has also recently been concern about “geofence warrants.” Zachary McCoy of Gainesville, Florida was recently part of a robbery investigation. Police officers had obtained information from Google that McCoy’s device, and the devices of others, had been near the site of the robbery. McCoy is no longer under suspicion, but it did cause him to reflect on the amount of information that Google is able to collect and share.