Bicyclist Zachary McCoy found himself at the center of a police investigation thanks to his Android phone's location-tracking information. McCoy was riding his bicycle while using fitness tracking app RunTracker to record his rides. The man says that one Tuesday afternoon in January, he received an email from Google's legal investigation support team alerting him that local police had requested information related to his Google account. 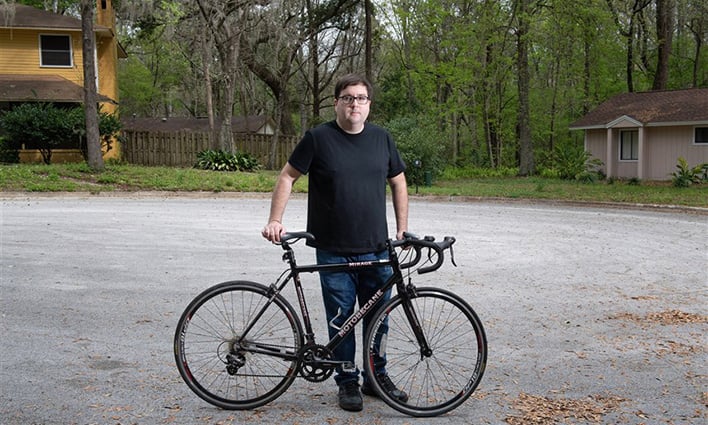 Google warned McCoy that it would release the information the police were requesting unless he went to court and tried to block it within seven days. McCoy said that he had a "really deep fear" about the situation, even though he couldn't think of anything he had done wrong. McCoy was an Android user with a device linked to his Google account and used a variety of Google products, including Gmail and YouTube, and police wanted to access all of this information.

The only clue he had as to why the police wanted his information from Google was a case number, and he had no contact with the police at this time. McCoy, who is from Gainesville, Florida, used that case number on the Gainesville Police Departments website and found an investigation report related to the burglary of an elderly woman's home ten months prior. The burglary had happened less than a mile from the home that McCoy shared with two roommates. McCoy says he went to his parents to get money to help pay for a lawyer, and during the lawyer's investigation, he learned that the notice had been prompted by a "geofence warrant" that essentially looks at the Google location data of anyone nearby during the time of the crime.

That sort of warrant does help police find perpetrators but is said to frequently sweep up people who had nothing to do with the crime. Google says that it is a "significant incursion on privacy." The police did note that their initial investigation had not obtained any personal information about McCoy, only records from his device showing the device had passed the home multiple times within the hour. The police then went back and asked Google for more information on that particular device. Eventually, McCoy's lawyer reached out to the police to let them know they were looking at the wrong person.

McCoy's attorney says that later a lawyer from the state attorney's office that represented the Gainesville Police Department told him that his client was no longer a suspect. McCoy says he didn't realize how much data Google collected, noting that it was probably in the terms of service, but that most people don't read them. While McCoy is out of trouble, his attorney says that the larger privacy issues with a geofence warrant will go unanswered.

In other privacy-related news, last month we talked about Congress wanting to kill end-to-end encryption and how it might actually succeed.