When was the last time you tried using Linux as a desktop OS? Sure, some high-profile YouTubers have been having a lot of trouble recently, but they're trying to make a point out of love. For enthusiasts, the transition from Windows is surprisingly smooth these days, and on the vast majority of consumer PC hardware, Linux pretty much "just works."

That even includes PC gaming, thanks to the efforts of hundreds of contributors to open-source software. At the forefront of this movement is Valve and its Proton translation layer, itself built on the backs of numerous open-source projects including Wine and dxvk. The project maintains a site called ProtonDB that is a compatibility database of (primarily Windows) PC games indicating how seamlessly the game works on Proton.


Going over ProtonDB, a surprising 74 of the top 100 most-played games on Steam are in "Gold" or "Platinum" status. The former indicates that the game works flawlessly with minor tweaks, and the latter means the game should work "out of the box" with no modifications. A further 10 games are in "Silver" status, which implies that the game is playable with minor issues. Just four games are in "Bronze" status indicating more major issues, while twelve of the top 100 games are in "Borked" status, meaning they don't work at all.


That sounds pretty good, although it's worth noting that of the twelve "Borked" games, six of them are in the top ten most-played Windows games. Familiar titles like PlayerUnknown's BattleGrounds, Apex Legends, Halo Infinite, and Destiny 2—currently the first, second, third, and seventh most-played Windows games on Steam—don't work at all on Proton, and that's largely due to to these multiplayer titles having anti-cheat software that burrows deep into Microsoft's operating system.

Still, there are a ton of popular titles that do work. Grand Theft Auto V, Warframe, Final Fantasy XIV Online, Football Manager 2022, Skyrim Special Edition, Age of Empires IV, Path of Exile, Phasmophobia, and VRChat are all in Gold or Platinum status, representing the overwhelming majority of video game genres. A number of those titles are online games, too.


Another bright spot for Proton is that the above list doesn't take into account games with native Linux versions. That list includes Counter-Strike: Global Offensive, DOTA 2, Team Fortress 2, ARK: Survival Evolved, Terraria, 7 Days to Die, and quite a few other popular titles on Steam. Naturally, games with native Linux versions pretty much work great as long as your system is properly configured to begin with. You can even use DLSS if your hardware supports it. 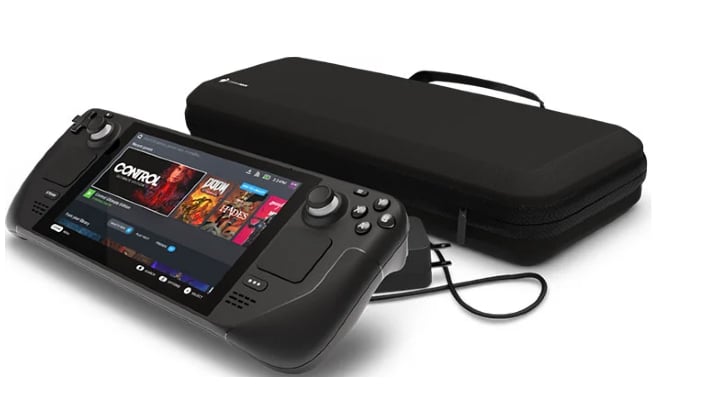 Okay, sure—if you check the Steam Hardware Survey, Linux machines make up only a bit above 1% of all Steam users. That number's set to rise soon, though. Indeed, the quality of Proton is a matter of ever-increasing importance as we creep closer to the February 2022 launch window for the Steam Deck. In case you hadn't heard, the Steam Deck isn't going to ship with Windows.

Instead, it'll be running SteamOS 3.0, which is itself based on Arch Linux (with KDE Plasma as its default desktop environment). Valve has committed to releasing SteamOS 3.0 as a stand-alone free download for users who'd like to run their PC games on something other than Windows, but that won't happen until a bit after the Steam Deck's launch.