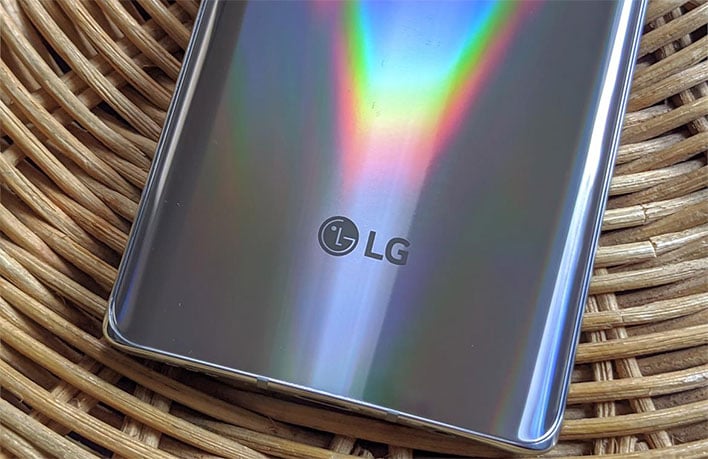 As we noted in our LG Velvet review, a stylish 5G phone that lacks excitement, the past few years have not proven easy for the South Korean electronics maker, as it pertains to its efforts in the smartphone sector. The company has seen its phone sales and market share steadily diminish. This has LG considering giving up on making and selling smartphones altogether.
It is an understandably tough decision. LG at times has shown flashes of innovation. We saw this most recently with the release of the LG Wing, a unique handset that lets users twist the main display to reveal a secondary half-display. LG was also the first to introduce things like a Quad HD screen and ultra-wide camera lens, both of which are common features today.

Even so, LG faces incredible competition from the likes of Apple and Samsung, as well as companies such as OPPO, Xiaomi, and others. They have not let up, and in a letter from LG CEO Kwon Bong-seok to employees, it was hinted that the company might sever its smartphone arm.
"Regardless of any change in the direction of the smartphone business operation, the employment will be maintained, so there is no need to worry," the later stated.
That sure sounds like something is afoot. And indeed, LG confirmed to The Korea Herald that exiting the smartphone business is one of the measures the company is considering. It is not a done deal, however, as LG may ultimately decide to downsize. The company is not adverse to making a "cold judgement" on its smartphone division's future, though.
"Since the competition in the global market for mobile devices is getting fiercer, it is about time for LG to make a cold judgment and the best choice," LG said. "The company is considering all possible measures, including sale, withdrawal and downsizing of the smartphone business."
Downsizing or exiting the smartphone business has been rumored before, and with good reason. When it comes to global smartphone market share, LG does not register a blip on the radar, instead falling into the catch-all "others" category. Looking at the most recent market share data by IDC, here's how things shake out...
This indicates that LG's share of the global smartphone market is in the single-digits. That alone is not necessarily troubling—Apple, after all, is barely into double-digit territory and makes a killing from smartphone sales. LG's product lineup does not carry the same cachet among consumers, however, and looking at other sources (Stat Counter), LG's share sits around just 1.71 percent.