New Canalys data for the smartphone market looking at Q2 of 2020 has been published. Overall during the quarter, smartphone vendors shipped 31.9 million devices in the US. Compared to Q1 2020, the number is an 11% gain, but a 5% decline compared to Q2 of 2019. The increase in quarter-to-quarter shipments comes thanks to the resumption of Chinese factory operations towards the end of March and stores reopening in May and June after closures due to global coronavirus lockdowns.

Apple and Samsung shipped seven out of every ten smartphones sold during the quarter, with Apple establishing a new domestic record by shipping 15 million iPhones. The iPhone SE helped Apple gobble up 47% of the quarterly market share. Samsung was able to ship the same number of smartphones during Q2 2020 that it shipped in Q2 2019. However, the company shipped 59% fewer flagship Galaxy S20 5G handsets than it did its flagship Galaxy S10 models in the same quarter of 2019. That shows that buyers were leaning towards cheaper devices during the quarter. 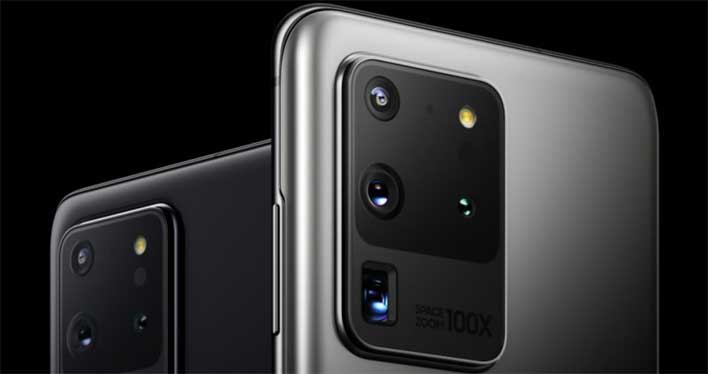 Samsung relied heavily on the low-end Galaxy A10E and Galaxy A20 phones for much of its shipments. With Apple shipping so many iPhone SE handsets and Samsung leaning on low-end devices, the average handset price in the US was $503 in Q2 2020, a number 10% lower than the average selling price in Q2 2019. Samsung shipped 7.4 million handsets, less than half the number of smartphones Apple shipped, giving Samsung 23.2% market share.

Canalys notes 70% of smartphones shipped in the US during Q2 2020 were made in China, up from 60% in Q1. Escalating trade tensions between China and the US have left smartphone makers, other than Samsung and LG, in a state of uncertainty that is unlikely to clear up soon. Apple is expected to launch its new iPhone 12 lineup in waves starting in October, and if accurate, the new devices won't have an impact on the company's Q3 numbers. Traditionally, Apple launches smartphones in September, but the coronavirus pandemic is expected to cause delays due to reduced production.