LG is a company that likes to plot its own course when it comes to smartphone design, and while everyone else is ziggingwith folding or dual displays, LG is zagging with its rotating dual-screen Wing smartphone. But that’s not all that LG is working on as part of its Explorer Project initiative. At its event announcing the Wing yesterday, those that stuck around until the tail end of the presentation were greeted what looks to be the next entry into the Explorer Project family.

It’s just a brief clip, but it shows a smartphone laying on its back from the side, and you can see the lower portion of the display extending out, give your more real estate to work with. We’ve seen similar concepts from TCL, but that smartphone concept has a screen that extended out from the side.

It would appear that LG is working with a rollable OLED display with this new phone, which is nothing new for the company. It displayed a 65-inch rollable OLED TV earlier this year that impressed the crowds at CES 2020 (before COVID-19 sent the world into a tailspin).

LG in the past has even filed a patent for a rollable display, which you can see below. In this particular case, you can hold the phone in a traditional portrait form factor with the screen wrapping around the front and the back. Or, it can be completely unfurled to the side, doubling your screen space. 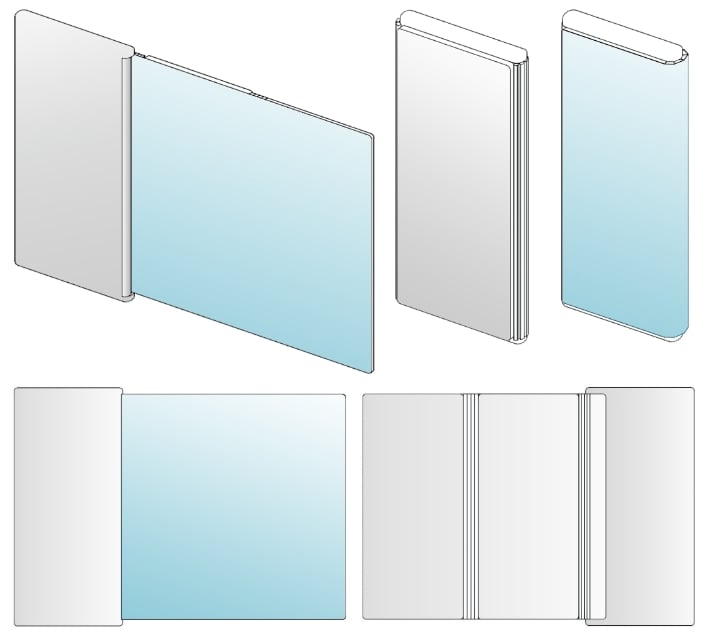 In the end, this is just another method of giving users additional screen real estate to work with, while allowing for a more compact form-factor when not in use. Could LG be on to something with its take on flexible/rollable displays? It remains to be seen, but we like where the company is going with its Explorer Project so far.