Last month, images of TCL's concept smartphone with a flexible, slide-out/rolling display leaked. The device was supposed to be revealed at Mobile World Congress 2020, but the show was cancelled due to concerns over the coronavirus.

Today, the smartphone is being officially unveiled by TCL along with a second flexible display concept (which we’ll get to in a moment). The details are rather interesting here on the rollable-display smartphone, as it actually features tiny electric motors that extend the display. In its standard mode, the phone's display measures 6.75 inches across and when extended, it grows to 7.8 inches. 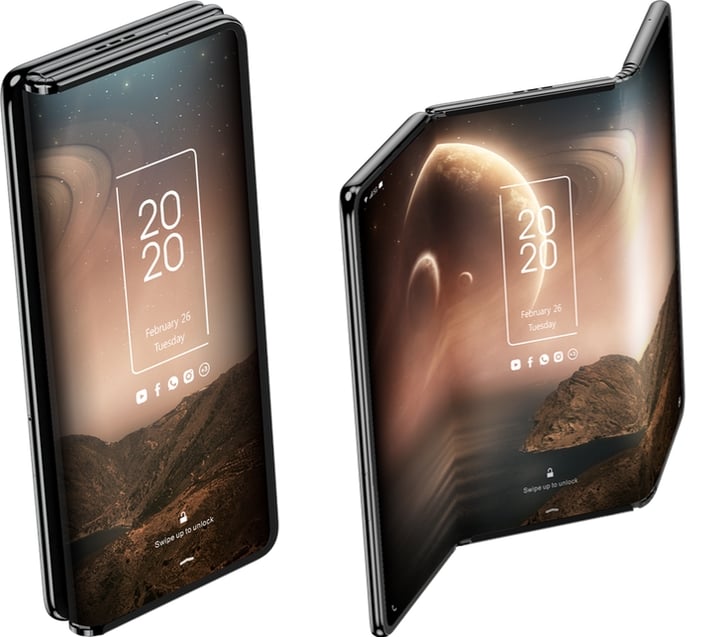 The growing/shrinking of the display is accomplished by pressing a hardware button on the smartphone. Due to the fact that the display rolls rather than folds, there are no creases to deal with and no wrinkles to be found.

The second device is a folding smartphone with a twist; it's actually a tri-fold design that in its standard configuration features a 6.65-inch 20.8:0 aspect ratio 3K display. However, when fully unfolded, the display measures a tablet-like 10 inches across. All of this origami-like folding is achieved using dual hinges. When folded, the smartphone looks rather thick and unwieldy with its triple-stacked display. We'd also have concerns about twice the number of display creases and additional wrinkles in this larger, flexible panel. 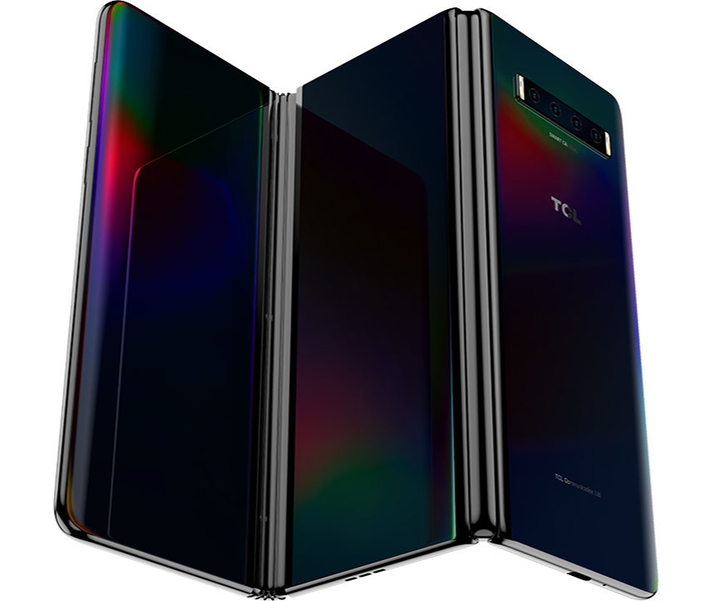 With that being said, we're just happy to see that smartphone OEMs are open to trying out new form-factors to advance the segment. "With these latest concept devices, TCL has clearly shown that there is still plenty of room for new ideas when it comes to flexible and foldable display technologies, and it's critical for us to think outside the box and lead with innovation," said Shane Lee, General Manager, Global Product Center at TCL Communication.

"These new form factors leverage display and hinge technologies that already exist entirely within our fully integrated TCL ecosystem, allowing us to reimagine the future of mobile device development with an aggressive research and development program."

According to TCL, there are currently no official plans to release either its rollable display or tri-fold smartphone concepts to the public.