LG announced its first bendable OLED TV, which allows for up to 20 levels of curvature. The 42-inch OLED is capable of bending into a curved (900R) TV via a remote control developed by the company.

Gamers have been enjoying the immersion curved monitors can deliver for a while now. But what if you could have a 42-inch monitor/TV that let you choose between watching YouTube on a flat-screen as well as game on a curved one? Well, LG has thought of that concept and delivered the LG OLED Flex (model LX3).

LG boasts its upcoming bendable TV as "an innovative new TV boasting the world's first bendable 42-inch OLED screen." The LX3 is designed to allow the user to go from a completely flat viewing perspective to an immersive curved (900R) monitor. There are, in fact, twenty levels of curvature available. So, no matter the level of curvature you feel is best for you, this TV should be able to deliver it. 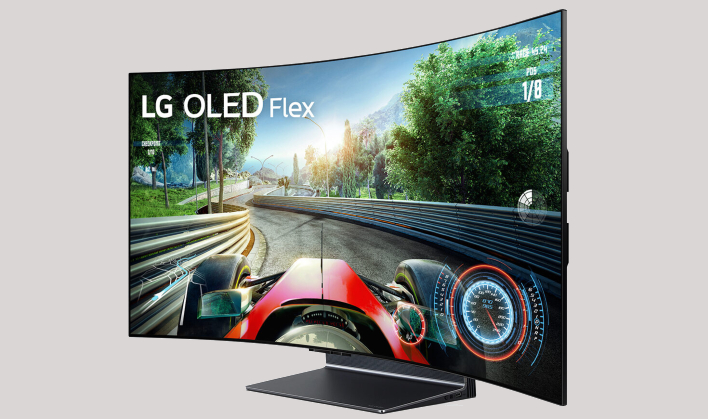 The company says that it is able to bring the same spectacular picture, regardless of curvature. This is made possible by LG's backlight-free, self-lit OLED technology. The display is said to have deep blacks, highly accurate colors (100 percent color fidelity certified), and an incredibly fast 0.1 millisecond response time with low input lag.

In addition to the ability to curve the monitor, users can tilt the screen up to 10 degrees toward them, or up to 5 degrees away from them. The stand includes the ability to adjust the viewing height, up or down by 140 millimeters.

Users can choose between two presets for the amount of curvature they want using the dedicated button on the remote control, or they can manually change the degree of curvature in five percent increments across 20 different levels. 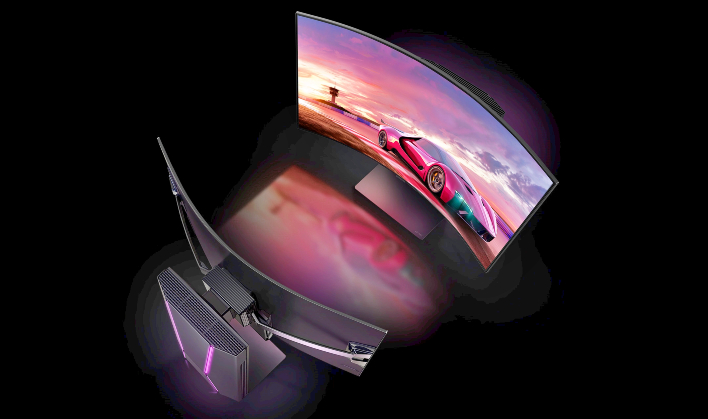 Another interesting feature for gamers, is the ability to adjust the size of the screen. Whether you prefer a 42-inch size display for playing RPGs, a 32-inch screen for playing first-person shooters, or a 27-inch screen for another type of game, the LG LX3 allows you to select your desired preference. There is also the ability to use the Multi View mode, which allows for viewing from two different sources.

TV manufacturers are hard at work trying to win over gamers by delivering a wide array of options. LG's OLED Flex TV seems to deliver quite a few options in one package. No price or release date has been given as of yet, but if you are in Germany you can view the TV at the IFA event later this week.