Left Your iPhone Or Mac At An Apple Store For Repair? Good Luck Getting It Back Now 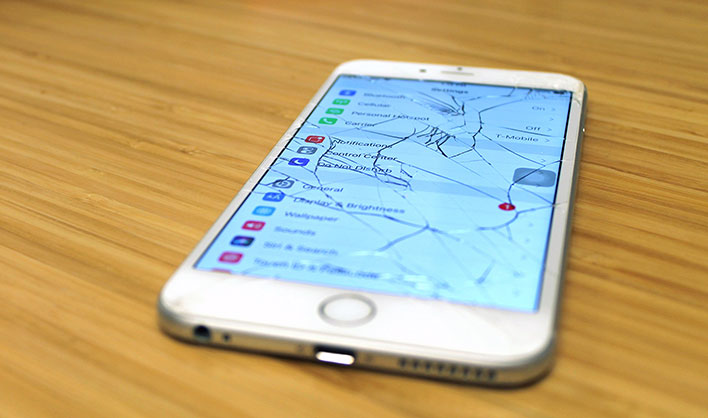 The world around us is quickly turning surreal—wandering the grocery store is slightly reminiscent of scenes from The Walking Dead, especially in the meat and toilet paper sections where goods are largely picked over. It's not just grocery stores, though. Apple has shut down its all of its stores outside of China, and you left an iPhone, Mac, iPad, or other device at one for repair, you might be out of luck for the time being.
An spokesperson for Apple told Business Insider the company had contacted customers (by phone and email) who had dropped off devices for repair, and that many of them picked up their gadgets. Apple also said its stores remained open two days past March 14, its shutter date, solely to allow customers extra time to grab their iPhones and other products.
Not everyone made it in time. As a result, some customers will have to go without their iPhone, iPad, Mac, Apple Watch, and whatever else for the foreseeable future. Initially, Apple stated it would re-open its stores on Friday, March 27. However, as more people are testing positive for COVID-19, Apple's retail stores have been shut down "until further notice," according to a message on Apple's website.
"Our retail stores are closed until further notice. We are committed to providing exceptional service to our customers. For purchases with fast and free delivery, shop here on apple.com or the Apple Store app. For service and support, go to support.apple.com or call 800-275-2273. We look forward to seeing you soon," Apple's message states.
A spokesperson for Apple said there is no way for customers to retrieve their devices in the meantime. There is some bit of good news, though. In cases where devices were shipped to an Apple repair center, the company is contacting customers to get their devices returned to them, as opposed to shipping them to an Apple retail store.
There are now more than 351,000 confirmed cases of the coronavirus worldwide, including 35,418 in the United States.  Those numbers could swell as more people get tested.