It is getting to be about that time when Google pushes out a preview of its next version of Android. While we wait, however, some supposed screenshots of Android 12 have emerged, plucked from what is purported to be an "early draft" from Google summarizing what changes are headed to the next major release. As such, this could be our first look at Android 12.
Potentially, anyway—the leaked document and the screenshots contained within it have not been confirmed to be real. The timing is interesting, though, because whether these are accurate reflections of Android 12 or not, the first developer preview is likely just around the bend at this point, based on Google's past time frames (the first Android 11 developer preview went live in the third week of February 2020).

Disclaimer aside, the screenshots obtained by XDA-Developers highlight some interesting features headed to Android 12. As shown in the images above, the document suggests Android 12 will feature a new Conversation widget. This could be used to focus on missed calls, recent messages, and status activity, if the images are legit. 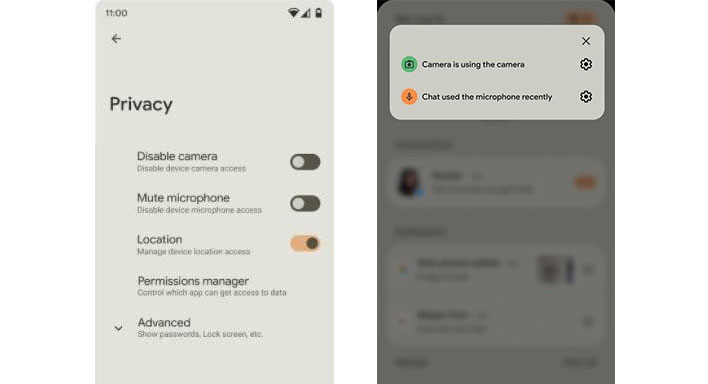 It is also said that the Conversation widgets will be mandatory in Android 12. Same goes for certain other features, like camera and microphone indicators, which must be visible in the top of the screen when being accessed (similar to iOS on iPhone and iPad devices). This would be an effort to enhance user privacy in the upcoming OS, along with other changes in that regard.
For example, the document and screenshots show new privacy indicators positioned in the upper-right of the user interface (UI). And if the info is accurate, Google is also adding some new privacy toggles within Android 12's settings. Specifically, users will be able to easily disable the camera, mute the microphone, and turn off location access, all without enabling Developer Options.
One thing not shown is access to other app stores. Back in September, Google said it would "make it even easier for people to use other app stores on their devices while being careful not to compromise the safety measures Android has in place," when discussing changes headed to Android 12. We'll have to wait and see how it all plays out.