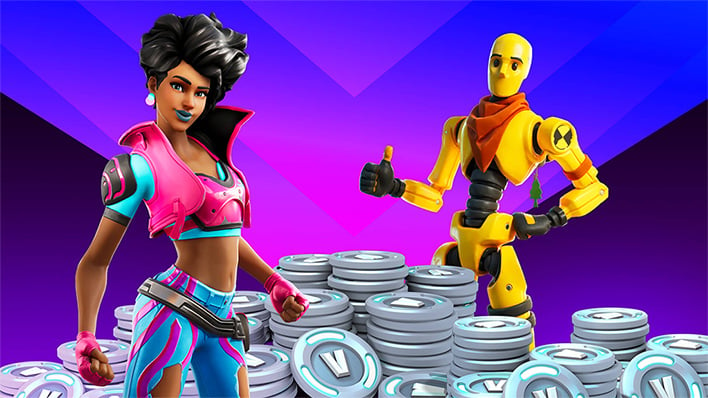 Google has announced that it is making changes in the next major release of Android that is probably music to Epic Games’ ears. As you recall, over the summer, Epic got into a heated battle with Apple and Google over the cut that each developer took out its revenue stream from the App Store and the Play Store respectively citing anticompetitive behavior.

After Fortnite was kicked out of both app stores for using its own payment scheme (which is forbidden), Epic returned fire with lawsuits against Apple and Google. While Apple users are out of luck installing Fortnite on their devices going forward, Android users actually have alternative methods of installing the game without Google Play access. For example, Samsung has its Galaxy App Store which is used to distribute apps, including Fortnite. Google wrote in a blog post today:

Each store is able to decide its own business model and consumer features. This openness means that even if a developer and Google do not agree on business terms the developer can still distribute on the Android platform.

Epic, however, feels that the route, or even offering a direct download of Fortnite from its own servers, puts the company at a distinct advantage due to the scary security prompts that Google flashes when the APK is installed. These warnings might not bother seasoned Android pros, but could be off-putting the Average Joe.

While Epic’s fight with Apple has been the most high-profile, it appears that the company has been working its backchannel communications with the folks at Google. As a result, Google today announced in a blog post that starting with Android 12, it will allow third-party app stores to be more easily accessible while at the same time not opening the world’s popular operating system up to additional security threats:

In response to that feedback, we will be making changes in Android 12 (next year's Android release) to make it even easier for people to use other app stores on their devices while being careful not to compromise the safety measures Android has in place. We are designing all this now and look forward to sharing more in the future!

Unfortunately, Google didn’t go any further on what these plans might look like (perhaps less threatening popups warning about security threats), but it’s good to see that the company is at least open to making some changes thanks the huge spotlight that Epic has put on the problem. The more open nature of Android is what will make such actions possible, and we don’t foresee something like this happening on the iOS/iPadOS side of the equation.