A class action lawsuit claims tech giants Google and Apple have been colluding to break antitrust laws in the United States. The lawsuit alleges Google has been paying Apple billions of dollars to keep other search engines out of Apple's closed eco-system, with execs from both companies purportedly meeting in secret.

It seems that Google and Apple may be taking some of the negative media attention away from other companies that were drug through through the mud last year. Companies like Facebook, which found itself in court over some leaked internal documents, may be sighing a bit of relief as it sees it is not the focus of this particular lawsuit. Other companies like Activision Blizzard, which dealt with a flurry of harassment allegations, are probably relieved they are not mentioned as well. It now seems to be Google and Apple's turn in the hot seat, well a bit more than usual perhaps.


On January 3rd, the Alioto Law Firm provided information about a class action antitrust case with claims against both Google and Apple, along with the chief executive officers of both companies. The complaint alleges that Google and Apple agreed that the latter would not compete with former in the internet search business.
The complaint lists that the agreement included; Google would share its search profits with Apple; Apple would give preferential treatment to Google for all Apple devices; regular secret meetings between both of the companies executives; annual multi-billion-dollar payments by Google to Apple were made for Apple not to compete in the search business; suppression of the competition of smaller competitors and foreclosing competitors from the search market; and acquiring actual and potential competitors.

These are some pretty serious charges being made against both of the tech giants. The complaint also alleges that advertising rates are higher than they would be in a competitive system. Because of all this, the complaint asks for an injunction prohibiting the non-compete agreement between Google and Apple; the profit-sharing agreement; the preferential treatment for Google on Apple devices; and the payment of billions of dollars from Google to Apple. 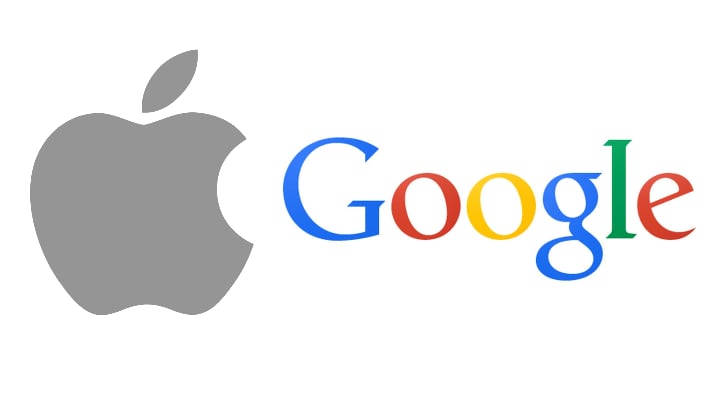 In a further attempt to ensure Google and Apple are unable to continue with their alleged behind the scenes bargaining, the complaint also calls for the breakup of Google into separate and independent companies and the same for Apple. The precedence mentioned for this action refers to the breakup of Standard Oil company into Exxon, Mobile, Conoco, Amoco, Sohio, Chevron, and others.

It is no secret that Google has been paying Apple billions of dollars each year to remain the default search engine in its Safari web browser. Some unofficial estimates have Google paying as much as a fifth of Apple's annual profits. But Apple does include the option to have other search options in Safari, including Bing, Yahoo, and DuckDuckGo. This would seem to go against the claims that are being made in the antitrust case. However, the complaints go further than just Apple making Google its number one search engine.

This is not the first time either company has found itself in the spotlight concerning this search engine agreement. It has been rumored that Apple may be working on its own search engine, perhaps in case the day comes where the courts force the alleged agreement to be undone. This will be an interesting test of deals similar to this and whether or not a court will find it necessary to break up the two companies as in the Standard Oil company incident. Odds are the companies will remain intact, but in this day and time who really knows.