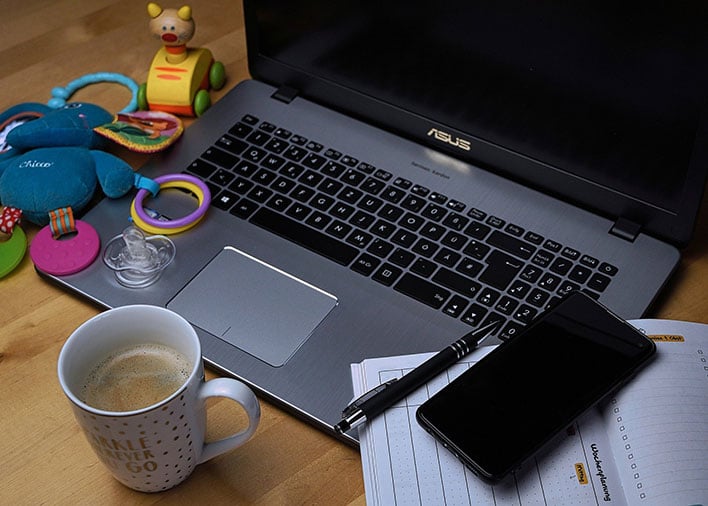 Remember when the sky was falling on PC sales, with analysts predicting tablets would take over? Yeah, that never happened. We're still collectively using traditional PCs, and with COVID-19 ushering in an era of working at home on a large scale, PC shipments are trending upwards. By how much depends on which tracking firm you ask.
According to Gartner, worldwide PC shipments are up 2.8 percent year-over-year, to 64.8 million units in the second quarter of 2020. The upward swing is a reversal of a "significant decline" from the prior quarter, which also was attributable to COVID-19 (because it disrupted supply chain operations).
"The second quarter of 2020 represented a short-term recovery for the worldwide PC market, led by exceptionally strong growth in EMEA," said Mikako Kitagawa, research director at Gartner. "After the PC supply chain was severely disrupted in early 2020 due to the COVID-19 pandemic, some of the growth this quarter was due to distributors and retail channels restocking their supplies back to near-normal levels."
Gartner notes that mobile PC shipments were "particularly strong" in the second quarter, driven by remote working, online education, and to fill the entertainment void for consumers who found themselves stuck at home over the past several months.
In terms of market share, Lenovo retained its top spot by a hair, with an even 25 percent of the market, followed by HP with 24.9 percent. After that, Dell claimed the number three spot at 16.4 percent. It's all single digits from there, with Apple at 6.7 percent, Acer at 6.2 percent, Asus at 5.5 percent, and all others at 15.2 percent.
IDC paints a rosier picture of the situation. The tracking firm says global PC shipments grew 11.2 percent year-over-year, reaching 72.3 million units. Even though COVID-19 created logistics issues in the early going, IDC says the cost and frequency of both air and sea freight inched closer to normal in the second quarter. Combined with increased production, retailers and other distributors had an easier time meeting an uptick in demand.
"The strong demand driven by work-from-home as well as e-learning needs has surpassed previous expectations and has once again put the PC at the center of consumers' tech portfolio," said Jitesh Ubrani research manager for IDC's Mobile Device Trackers. "What remains to be seen is if this demand and high level of usage continues during a recession and into the post-COVID world since budgets are shrinking while schools and workplaces reopen."
As for the market share breakdown, IDC has HP slightly ahead of Lenovo with a 25 percent share versus 24.1 percent. Then it's Dell at 16.6 percent, Apple at 7.7 percent, Acer at 6.7 percent, and all others at 19.8 percent.
It's a similar breakdown overall. And both firms appear to be approaching future shipment growth with trepidation, but we'll have to wait and see what happens.