Build A Killer Gaming PC For Under $1,500 With These HOT Black Friday Deals

Have you seen that GeForce RTX 4080? It's crazy stuff, and AMD's Radeon RX 7900 XTX looks like it'll be pretty incredible when it comes out in a few weeks, too. Those cards start at about $1,000 and go up from there, though. You can build a whole PC for that kind of money! Especially if you do a little digging for deals. We've done exactly that, and we've come up with some of the best PC gaming parts values around.

Come along as we go over our picks for the baddest $1,500 gaming PC we could find. 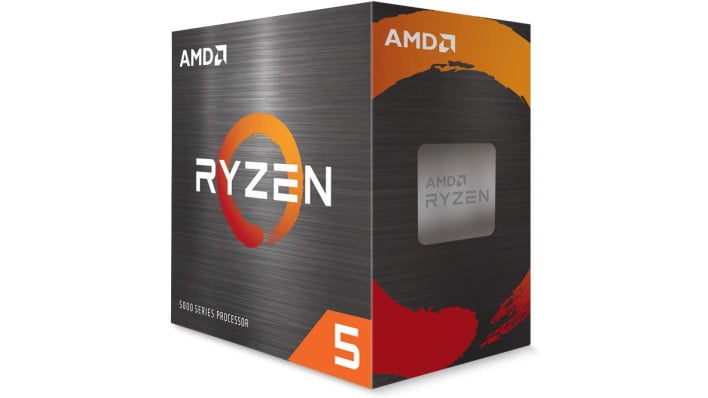 
In the face of modern desktop CPUs with twelve, fourteen, sixteen, twenty, or twenty-four cores, a measly six CPU cores sounds pretty puny, but the reality is that games very rarely use more than that. Sure, it might be based on a previous-generation architecture, but the Ryzen 5 5600X's six cores at 4.6 GHz (with Precision Boost Overdrive 2 enabled) will still power through almost any gaming workload with aplomb. For a limited time, you get a free copy of Uncharted: Legacy of Thieves Collection, too! 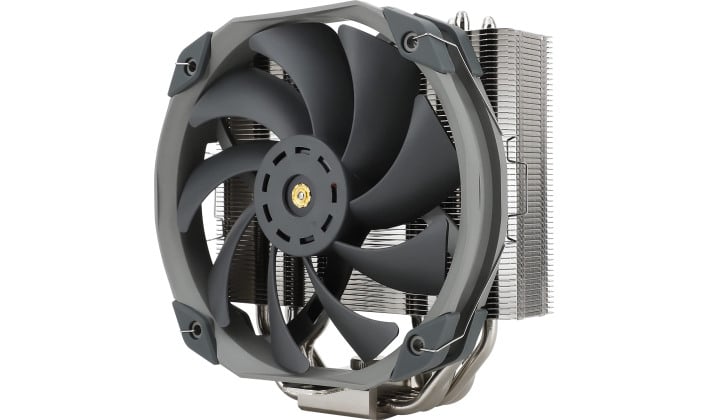 
We'd like to water-cool the system like in the top image, but that's out of our budget. Instead, to keep the Ryzen CPU cool without making a bunch of noise, we're going to swap out the stock cooler with Thermalright's TA140 EX. This is a pretty standard tower cooler with a single 140-mm fan—arguably overkill for the little Ryzen chip, but for the price, how can you complain? 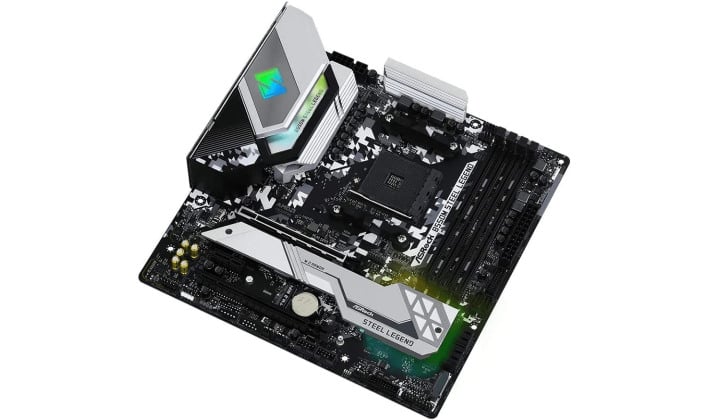 
For the motherboard, we're going with ASRock's B550M Steel Legend. This is a micro-ATX motherboard, which means you do give up some expansion slots compared to a full ATX board. You still get a pair of M.2 sockets, and PCIe 4.0 for both the primary x16 slot and the first M.2 socket. It's also a stylish and attractive board that will look nice in our windowed case. 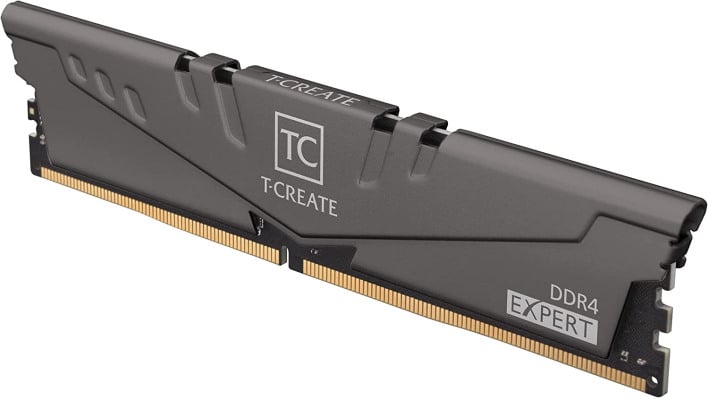 
For memory, we're going with TEAMGROUP's T-Create Expert. To be honest, we picked this because it was a good deal, not because of any particular characteristics of this RAM—although it does support a 3600 MT/s transfer rate and sports low-rise heatspreaders so as not to interfere with our frankly oversized CPU cooler. A pair of 16GB DIMMs is likely to be more than enough RAM for any gaming workload for the useful life of this machine.


We're sticking with TEAMGROUP for storage, whose MP34 NVMe SSD is on a deep discount right now. You can pick up the 2TB drive for just $139.99, and this is a quality NVMe SSD with a Phison E12S controller. It has a DRAM cache, and performance from the Kioxia TLC flash is very solid; TEAMGROUP rates it for 3500 MB/sec on sequential reads. It does lack PCIe 4.0 support, but PCIe 4.0 NVMe SSDs are still pretty pricey, and that really doesn't matter for games. 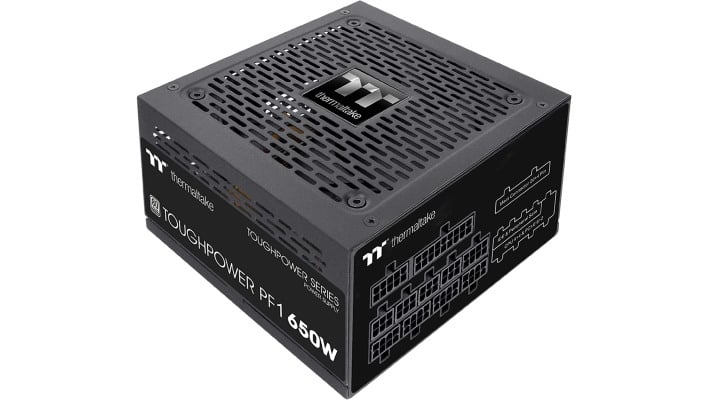 
Thermaltake's Toughpower PF1 is our pick for power supply. For under $100, you get a 650W unit that's more than enough power for our parts, and its 80 PLUS Platinum efficiency rating will save you more than a few pennies on your power bill. Thermaltake warranties the unit for ten whole years, and it's fully modular, which will make cable routing considerably easier.


Not that it's particularly hard in any event, thanks to our Thermaltake Core V21 case. This little box is extremely easy to build in, partially due to its test-bench-like layout. The design makes it perfect for tweakers and system tuners, and the cute boxy design is eye-catching. Plus, the small size is likely to have a high Wife Approval Factor.


Sorry to those who bleed GeForce green, but NVIDIA's cards can be somewhat overpriced in the current market. For the cost of a GeForce RTX 3060 Ti, you can pick up this XFX Speedster SWFT 319 card based on AMD's Radeon RX 6800 GPU that will outrun the GeForce most of the time. This 16GB GPU is capable of playable 4K performance, or easy high-refresh-rate bliss in 2560×1440. It's also relatively power-efficient, and can be overclocked quite a bit if you're keen to do so. 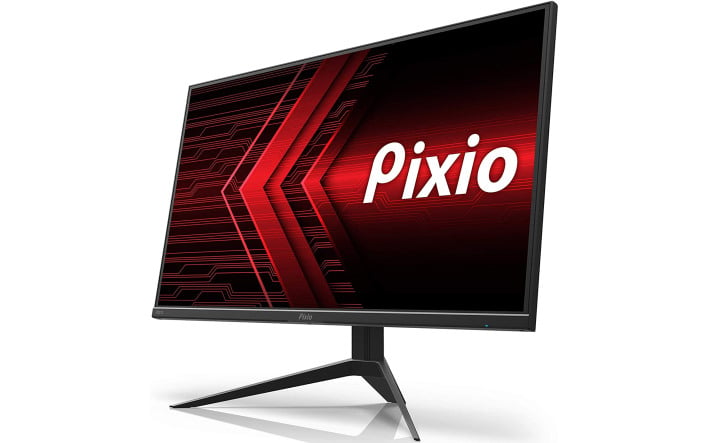 We could have looked for a 4K60 display, but we instead opted to play to the Radeon card's strengths and found this killer deal on a Pixio PX277P. This is a 27-inch IPS LCD in 2560×1440 resolution that supports a 165-Hz refresh rate and comes with AMD Freesync Premium support. Pixio says the display can reproduce 88% of the DCI-P3 color space too, which is pretty good for a sub-$250 gaming monitor.


Meanwhile, we're going with Steelseries' Rival 600 gaming mouse. Besides using a high-quality optical infrared sensor from PixArt, the Rival 600 also features a second optical sensor that is use strictly for lift-off detection. This makes the Rival 600 the most stable mouse on the market when you have to pick up and move your mouse while gaming. It sounds like a gimmick, but trust us when we say that it can make the difference in competitive FPS games.

All told, the parts bill for this PC comes out to just under $1500 if you buy everything from Amazon, and this PC will play every PC game under the sun with excellent performance. If you've got any feedback on the PC, or if you see a deal we missed, make sure to let us know in the comments below!