Jurassic World Evolution Is Free To Download Today On PC, Here's How To Claim It

Are you ready to get in on some dinosaur action? Epic Games is offering the Jurassic World Evolution for free as part of its 15 days of game giveaways so you can help life... uhhh... find a way. Now, do you want to start humming the Jurassic Park theme song, or should I?

Released earlier in 2020, Jurassic World Evolution fantastic looking game where players can “take charge of operations on the legendary islands of the Muertes archipelago and bring the wonder, majesty and danger of dinosaurs to life.” Players can become something of a scientist by bioengineering dinosaurs however they want. Through this, players can give the “dinosaurs unique behaviors, traits and appearances, then contain and profit from them to fund your global search for lost dinosaur DNA.” 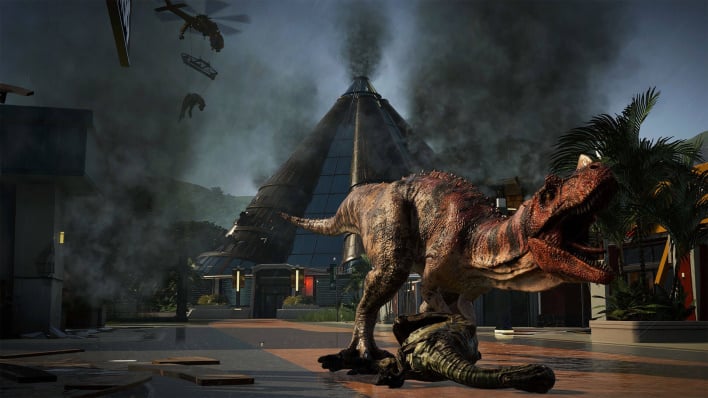 Besides being a scientist, you also get to become a park manager in the game. Your custom Jurassic Park can be focused on science, entertainment, or security interests. There are also challenges on the ground or in the air that can be handled with a number of management tools.

Though the Epic Games launcher has been in some hot water lately, it is hard to turn down a free game. Moreover, this sounds like a rather exciting game that can be had on the Epic Games store for free through January 7th. If you decide to pick it up from the Epic Games store, let us know how it is in the comments below.