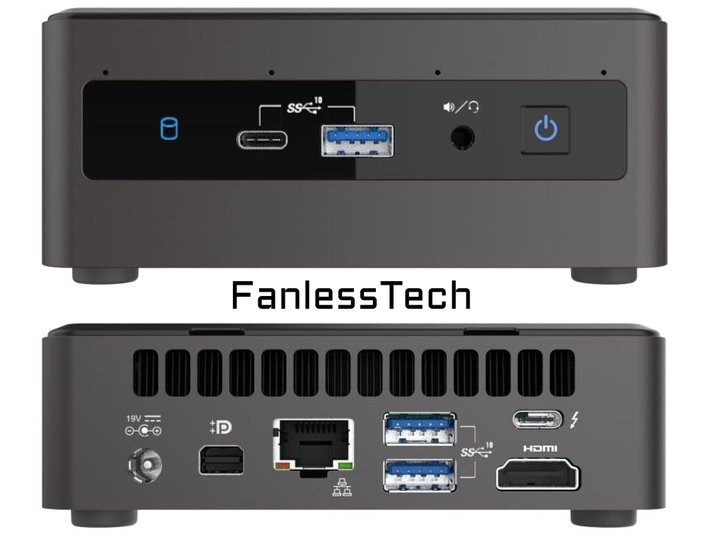 Back in January we brought you news of Intel's NUC 11 family that is in the product pipeline. At the time, we were made privy to the "standard" Panther Canyon family and its more enthusiast-oriented Phantom Canyon counterpart.

Today, however, FanlessTech has provided an update on the launch timetable for the NUC 11 family of mini PCs. According to an Intel roadmap update, both Panther Canyon and Phantom Canyon are on track to launch during the second half of 2020.

This new information lines up with what we already know about Tiger Lake, as Intel has reaffirmed on multiple occasions that its 11th generation 10nm+ processors would ship during the latter half of 2020. Intel most recently confirmed this earlier this week, with Intel CFO George Davis stating at the Morgan Stanley TMT Conference, "We also have 10+ coming out this year. And what we said is it is important to launch a new node as it is to launch intra node Improvement every year and so we will have we have our Tiger Lake client product coming out. It's going to be on our 10+ node."

FanlessTech does provide the caveat, however, that this roadmap was issued before the coronavirus spread around the globe like wildfire, and that it could shift Intel's production timetables further out. With that being said, this is what we know so far about Panther Canyon:

And with respect to the enthusiast-oriented Phantom Canyon NUC 11 SKUs, here's how these machines will be spec'd:

Both Panther Canyon and Phantom Canyon make use of 28W Tiger Lake-U processors, but the latter has a chassis large enough to accommodate a discrete graphics card. Both NUC 11 families will also feature onboard Gen12 Xe-based graphics, which is promising a huge uplift in performance compared to the Gen11 IGPs found in 10th generation Ice Lake processors.