Intel's current-generation Raptor Lake CPUs are rumored to have a refresh on the way, followed by Intel's first disaggregated client CPUs, Meteor Lake. After that, Arrow Lake is purported to bring a big increase in GPU performance. We've known that Intel's next move after ARL would be "Lunar Lake", but precious little has been known about it until today, when TechTechPotato's Dr. Ian Cutress revealed that it will be "fresh ground-up design and CPU µArch."


What we knew about Lunar Lake before today can fit in this paragraph: it'll be disaggregated, it'll be built using Foveros packaging, and at least the CPU cores should be fabricated on Intel's 18A process. Despite being at least three generations out at this point, it was expected to launch next year, possibly as the mobile line next to the desktop Arrow Lake.

This new information is pretty fascinating, though. As we mentioned, it comes to us by way of TechTechPotato, but it originates with Intel's Michelle Holthaus, EVP & GM of the Client Computing Group. Learning that Lunar Lake will feature a "fresh CPU micro-architecture" leaves us wondering exactly how "fresh" we're talking about. Intel hasn't done a full clean-sheet CPU design since all the way back in 2011 with Sandy Bridge.


Of course, the new CPUs will be x86-64 and will almost assuredly use "Core" branding, so it's not like this is a huge departure in terms of business. Still, the implications for Intel's future processors are pretty big. Earlier rumors posited that Lunar Lake would be targeted at a 15-watt power envelope, and this information seems to corroborate that idea. 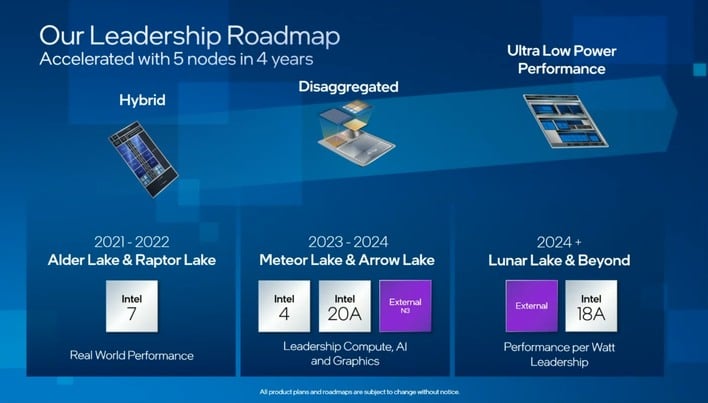 Apparently, we'll learn more about Lunar Lake (and likely Intel's other forthcoming processors) at the upcoming financial disclosure on the 26th of this month. We'll be readily reporting any news from that event, so stay tuned, and we'll keep you posted.