Here's Intel's Splash Reel For Tiger Lake, And It's Sexy

Intel just can’t seem to keep a lid on the leaks with regards to its upcoming 11th generation Tiger Lake mobile processor platform. Today, a massive leak has occurred, as the company’s entire promo reel for Tiger Lake has been leaked to the internet.

Right off the bat, we get a look at Intel’s new Core branding, which was first discovered a month ago in a USPTO trademark filing. We see a tidy new blue-tinted “Intel Core i7” logo which is joined by an “Intel Iris Xe Graphics” logo right beside it on the palm rest of the unidentified laptop.

We also see a shot of the Tiger Lake chip package along with some highlights of what customers can expect once the flood of laptops featuring the processors start hitting the market over the next several months. There’s also mention of two features that will be native on Tiger Lake platforms: Wi-Fi 6 and Thunderbolt 4/USB 4.0.

Intel Tiger Lake processors feature 1.25MB of L2 cache per Willow Cove core, along with full memory encryption, which is part of the Intel Flow Control Technology suite. Despite that fact that Tiger Lake is built on a 10nm process node — like Ice Lake before it— Intel is claiming that it will deliver “more than a generational increase in CPU performance” which we will definitely be putting to the test once we get hardware in the lab. 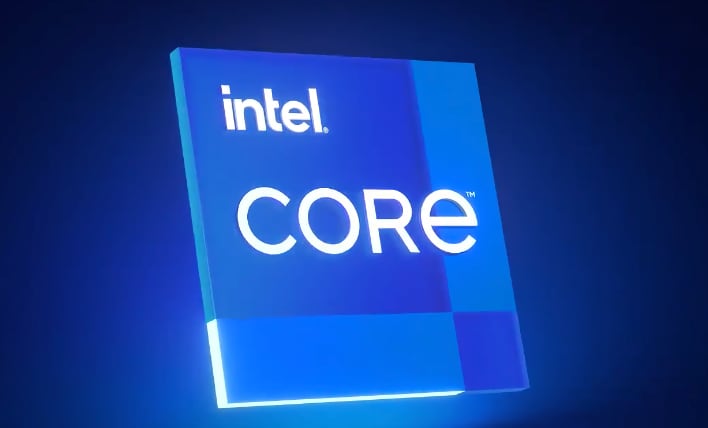 Earlier today, we got a great look at Intel's upcoming Core i7-1185G7 11th generation Tiger Like processor. Tiger Lake is definitely on the prowl for AMD, as the Core i7-1185G7 is rocking a 4-core/8-thread configuration with a base clock of 3GHz and a boost clock of 4.8GHz. Also along for the ride in this particular processor is a 12th generation Xe GPU with 96 execution units a maximum clock speed of 1.55GHz.