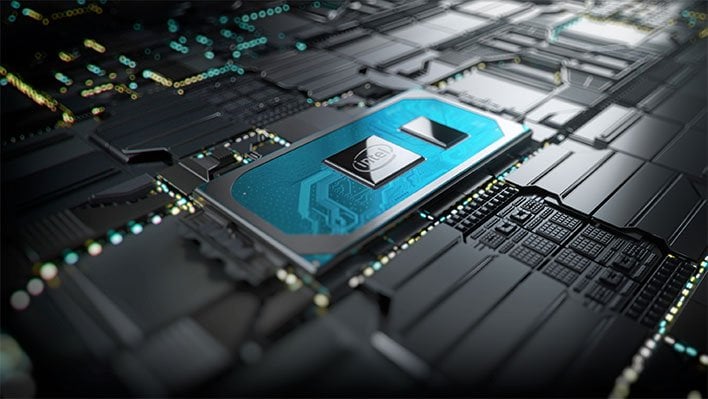 Intel has been promising that its next-generation Xe graphics cards would be impressive gaming beasts. Earlier this year at CES 2020, Intel claimed that Xe would offer a double-digit performance uplift over the Gen11 graphics found in Ice Lake.

Today, we’re getting a good look at what kind of performance that Xe will deliver thanks to a leaked benchmark of a Tiger Lake processor. This unnamed Intel mobile processor is pitted against the Ryzen 9 4900HS, which is the flagship member in AMD’s new Renoir mobile chip family.

The Ryzen 9 4900HS is an 8-core/16-thread processor with base/boost clocks of 3GHz and 4.3GHz respectively. Also on deck is a Vega 8 GPU which is said to provide up to a 50 performance uplift compared to what’s available in last year’s Ryzen 3000 APUs. The Tiger Lake processor only reports base/turbo clocks of 2.7GHz and 2.8GHz respectively, with that low turbo clock likely being attributed to this being an engineering sample.

Onto the all-important graphics benchmark scores, the Xe puts up an overall 3DMark score that is roughly 17 percent lower than what the Vega 8 in the Ryzen 9 4900HS could muster. This is likely due to the turbo clock discrepancy of this engineering sample. However, the Xe prevailed when it comes to the individual graphics benchmarks. It put up an overall graphics score that was over 10 percent higher than its AMD counterpart.

These are still early numbers for Tiger Lake and Xe, but they things are already looking very promising [on the graphics side] once these mobile chips starting hitting production laptops later this year. Couple that will processor architectural improvements in the new Willow Cove CPU cores compared to Ice Lake’s Sunny Cove cores, and it will be a thrilling battle for sure between these two heavyweight chip giants.