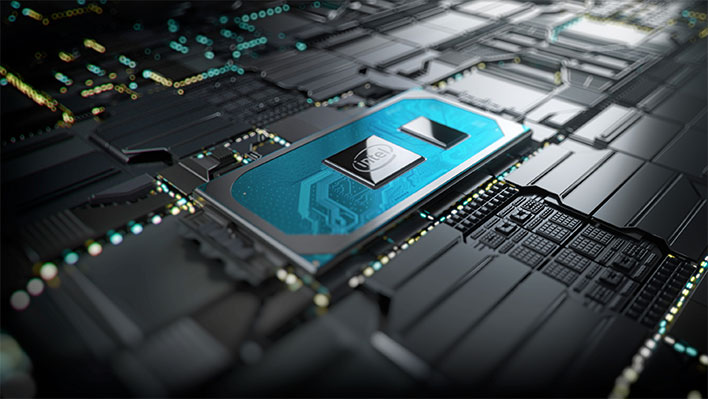 A fresh leak over at SiSoftware's SANDRA database gives us a potential glimpse of an upcoming Intel Tiger Lake-U processor, assuming the listing is legitimate. The model name is not shown, but the listing does provide some interesting specifications, including an ability for the mobile processor to hit a 4.3GHz boost clock.
While not yet launched, Intel's plans to release a Tiger Lake lineup are not exactly secret. Just the opposite, Intel offered up a demo of working Tiger Lake silicon during its keynote address at the Consumer Electronics Show (CES) earlier this year. According to Intel's Greg Bryant, Tiger Lake will deliver a "double digit" performance uplift over its predecessors. 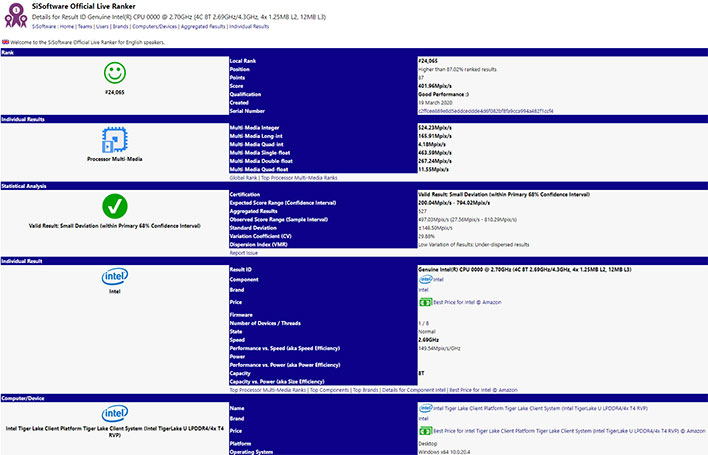 As spotted APISAK, the mystery SKU shown above indicates a Tiger Lake-U processor with 4 cores and 8 threads with a 2.7GHZ base clock, 4.3GHz boost clock, 12MB of L3 cache, and 5MB of L2 cache.

Tiger Lake-U will comprise Intel's 11th generation Core branding. The low power parts are said to sport a 15W thermal design power (TDP) rating, albeit configurable from 12W to 25W. Tiger Lake as a whole is the successor to currently shipping Ice Lake parts, and will leverage a refinement of Intel's 10-nanometer manufacturing node.
Whatever is shown is this benchmark leak will primarily be bound for laptops, as is typically the case for U and Y processors (though they can find their way into mini PCs as well). 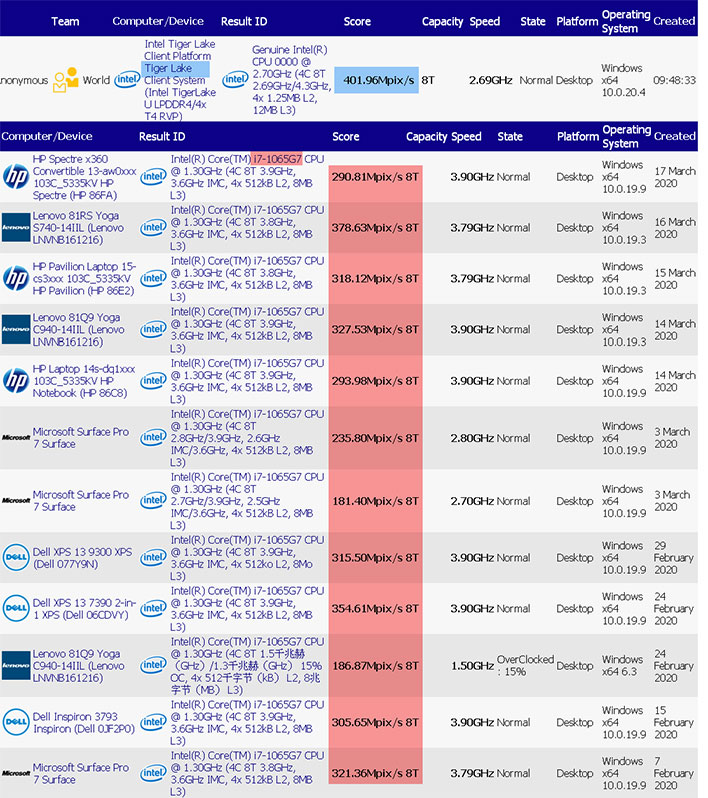 I'm not fond of comparing leaked SANDRA scores because there are too many variables involved, not the least of which is the tendency for scores to shift from one software release to the next (and SANDRA receives fairly frequent updates). Be that as it may, APISAK dug up some results for Intel's Core i7-1065G7, which is a 4-core/8-thread Ice Lake CPU clocked at 1.3GHz to 3.9GHz.
The highest score shown above is 378.63Mpix/s, versus the leaked Tiger Lake-U entry scoring 401.96Mpix/s. Make of that whatever you will.
One final note about Tiger Lake-U. It will ship with Intel's Xe graphics and, according to Intel, offer a "huge leap" in performance over the GPU in Ice Lake. We will have to wait and see (Intel has already started shipping Xe-infused Tiger Lake CPU dev kits to system integrators), but between Intel's upcoming parts and AMD's Zen 2-based efforts in mobile, it's going to be an interesting year.