One of the most highly anticipated hardware releases pegged for 2020 is Tiger Lake. Tiger Lake is the follow-up to 14nm Comet Lake and 10nm Ice Lake in the mobile processor realm, and is built on a refined 10nm+ process node. 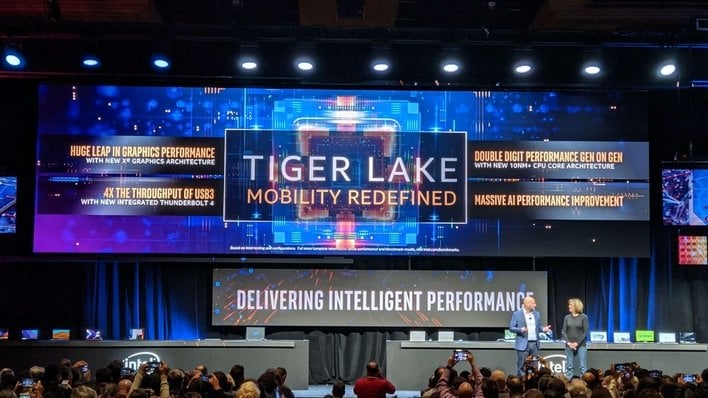 It would make sense that Intel is sending out these development boards so that its partners can begin the process of developing their next-generation consumer laptops and mobile workstations that will be built around Tiger Lake. Ice Lake has been a promising processor launch for Intel on the mobile front, with strong IPC gains compared to its 14nm offerings while offering solid graphics performance with its Gen11 graphics.

However, Tiger Lake is rumored to bring even stronger generational IPC gains for the CPU. According to Intel’s Greg Bryant who spoke last month at CES 2020, Tiger Lake will deliver a “double-digit” performance uplift compared to Ice Lake. And when it comes to the integrated Xe GPU, Intel says that it will offer a “huge leap” in performance over the Gen11 graphics in Ice Lake. 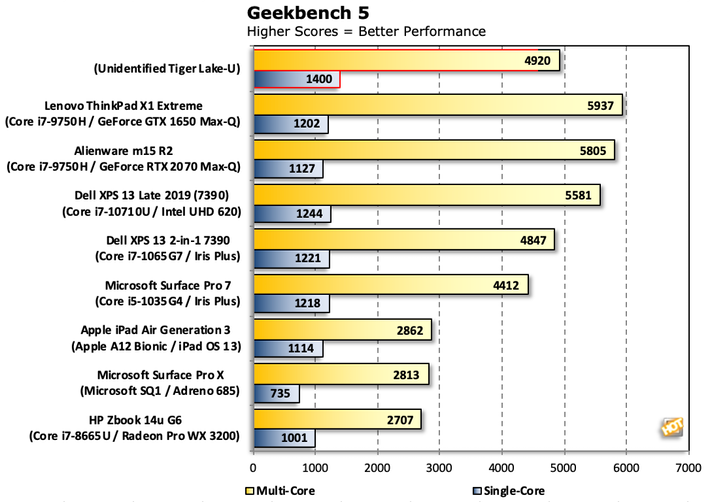 Late last month, benchmark numbers for a 4-core/8-thread Tiger Lake-U processor clocked at 2.3GHz leaked to the internet. While overall performance for the processor was commendable, what was very notable was its dominant single-core performance compared to even the Core i7-9750H (6 cores/12 threads, 2.6GHz/4.5GHz base/turbo clocks).

In addition to the performance improvements, Tiger Lake systems will also being support for Thunderbolt 4.0. We don’t have a concrete timetable for Intel’s Tiger Lake launch, but it’s expected to bow sometime during the latter half of 2020.