When it comes to Intel’s Tiger Lake processors, quite a bit has leaked to the internet already ahead of its early September launch. We’ve seen benchmarks of various members of the family, with the most frequent appearances being made by the Core i7-1165G7. In one of its most recent outings, the Core i7-1165G7 was seen shredding a Ryzen 7 4800U Zen 2 APU in single-threaded benchmarks.

Today, however, we’re seeing benchmarks for the flagship Core i7-1185G7 processor, which has also been spotted in the past few months. In what we presume to be its production trim, the Core i7-1185G7 has an impressive base clock of 3GHz and a maximum turbo boost of 4.8GHz. To put that in perspective, the Core i7-1165G7 has base/turbo clocks of 2.8GHz and 4.7GHz respectively. It’s also worth noting that the current 10th generation Ice Lake Core i7-1065G7 has a base clock of just 1.3GHz against a turbo clock of 3.9GHz. 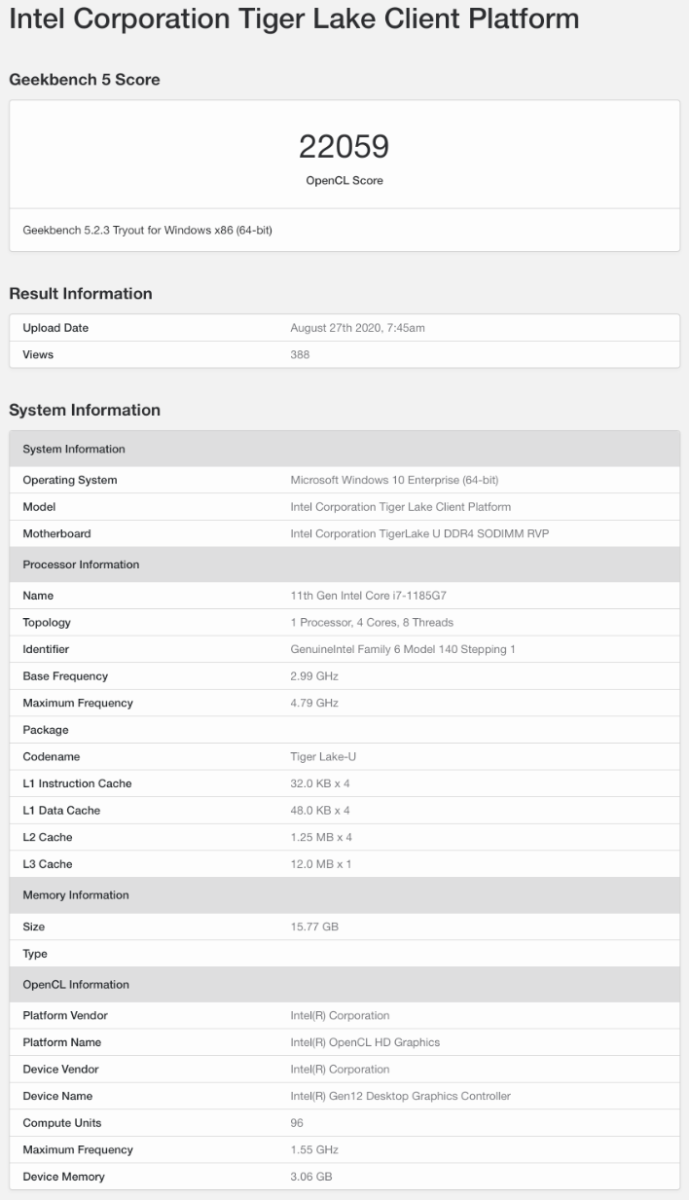 For something a bit lower on the totem pole in Tiger Lake land, there’s also the Core i5-1135G7, which was spotted within an Acer Aspire A515-56 laptop. This machine is rocking 2.4GHz/4.2GHz base/turbo clocks along with 8MB of L3 cache. This Xe GPU in this machine features 80 execution units and a maximum clock of 1.3GHz. 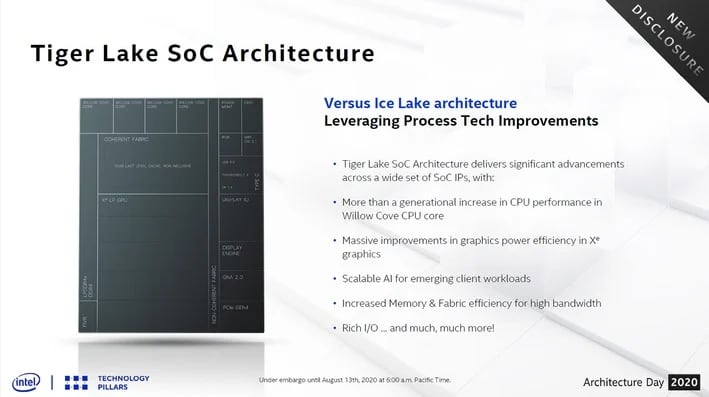