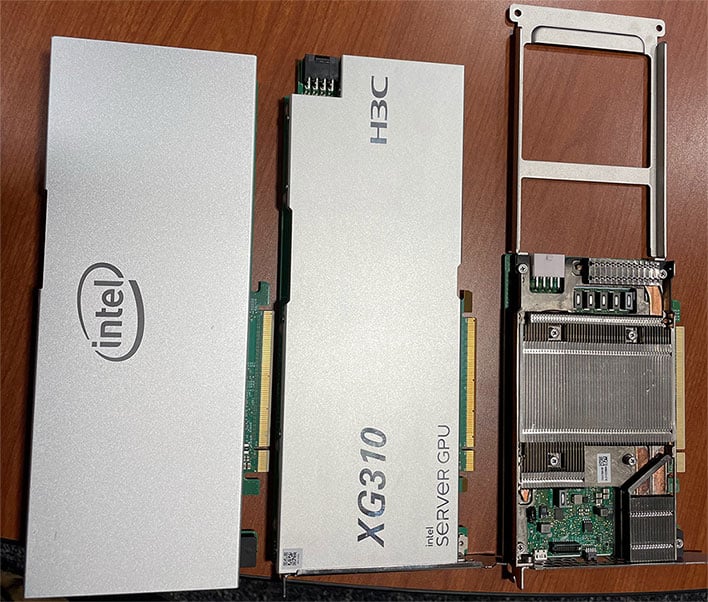 It has been a minute or two since Intel's graphics boss, Raja Koduri, teased the online community with a shot of an upcoming Xe graphics product. Now is as good of a time as any to rectify the absence of recent teasers, and in a Twitter post, Koduri shared a shot of Intel's Xe-HP GPUs, while declaring we have entered into the "GPU Golden Age." And do you know what? He is right about that.
In a sense, we are in the midst of a golden age in GPUs. I know, I know—we are also at the outset of a frustrating blip in time, where GPUs and even new CPUs are in short supply. It does not help that bots are doing their best to snatch up whatever inventory becomes available, and over in China, thieves stole some $340,000 worth of GeForce RTX 3090 cards from a truck.
But if we ignore the stock situation and focus on the performance, and value, Koduri's point stands. Ampere is the real deal, bringing a big leap in performance per dollar versus the previous generation, and Big Navi is off to a fast start as well. NVIDIA and AMD are on solid footing, and for consumers, 4K ray-traced gaming is attainable without a super big budget.
What about Intel? The reason it plucked Koduri from AMD is because Intel has aspirations of becoming another major force in discrete graphics. The key is its Xe architecture, and we have already gotten a hint of its capabilities with Tiger Lake. However, more powerful solutions are coming, both for gaming and the data center.
It is the latter that Koduri showed off on Twitter...

Exciting to see these next to each other. Intel's first data center GPU that's in production, between Xe HP GPUs that are sampling to customers. We have ways to go, but an incredible journey so far. 🙏 the incredible team at Intel🙏 2020 is a memorable year for GPU technology pic.twitter.com/2fsJvVeDOK

"A100, Xe LP, RTX 3X, Navi2, MI100, M1 - moved the GPU bar significantly forward, all the way from devices through edge to the data center. Can't wait to see what developers will do with all of this performance + Xe HP/HPG/HPC in 2021 and beyond - GPU Golden Age...," Koduri said.
Way on the left of Koduri's photo is a standard PCI Express 3.0 x16 card, in the full-height, 3/4 length form factor—it's an Xe-HP part. Same goes for the XG310 that is sandwiched in the middle, with four Iris Xe Max discrete GPUs nestled inside—that one is an He-HPG part. Then on the right is an Xe-HPC solution with an 8-pin power connector.
Of course, what we'd really love to see is a teaser of a high-powered gaming GPU. Intel has made it clear that it intends to compete at the high end, and the latest solutions from AMD and NVIDIA have raised the bar. We'll have to wait and see what Intel can deliver to gamers.