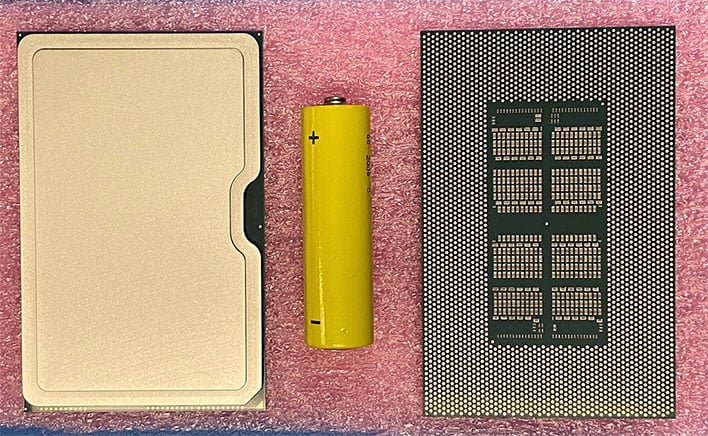 Fresh off the official unveiling of Intel's 10th generation 'Comet Lake-S' desktop processors culminating in the 10-core/20-thread Core i9-10900K, Raja Koduri, head of the company's graphics division, reminded the world that Intel is still heavily invested in launching a discrete GPU this year. And he used Twitter to get his message across.
There are two interesting tweets of note. The first one [which has since been removed] came from the verified "Intel Graphics" account. It contained a series of pictures, including the one you see above. The two other photos shows engineers staying the course amid the Coronavirus outbreak, donning masks. Among them are Koduri and Jim Keller.
"Silicon bring-up with many tens of billions of transistors needs surgical teamwork of various engineering functions. With only remote access to labs spread worldwide, this was deemed impossible, until now. Masks can't hide the excitement," Intel Graphics wrote, accompanied by the hastags #MoTransistorLeftBehind and #JoinTheOdyssey.
Koduri's retweet is even more intriguing, and perhaps reveals a bit about what we are looking at in the silicon shot above.

This is another call out to "the baap of all," a phrase Koduri splashed on Twitter in December 2019, in reference to Intel's Xe HP GPU. He noted at the time the team in Bangalore "celebrated a milestone on a journey to what would easily be the largest silicon designed in India and amongst the largest anywhere."
As we pointed out at the time, "baap" in Hindi for "father," so he's calling the Xe HP GPU "the father of all" silicon. And it is indeed large. In the photo above, Intel plopped a AA battery in between the heatspreader and the bottom of the GPU chip for perspective.
It actually looks like a CPU, but what's even more interesting is Koduri's "battle-fielding and b-floating" comment. What exactly does he mean? I had to look this one up, but according to Wiki Chip, it's a reference to the brain floating point (bfloat16) format that was "first proposed by Google with Intel's support in its FPGA,s Nervana neural processors, and CPUs."
What's possibly being shown is Intel's upcoming Xe HP GPU for professional graphics cards. However, it could conceivably be an enthusiast gaming GPU as well, with the increased focus on artificial intelligence and machine learning in the consumer segment (i.e., NVIDIA's use of Tensor cores in its Turing architecture). It's difficult to know for sure at this early stage, but that sure is an intriguing possibility.

We'll have to wait for specs, but previous leaks (including a driver leak) pegged Intel's discrete GPUs has having 128, 256, and even 512 execution units (EUs), along with Intel's Foveros 3D stacked packaging and up to a 500W TDP. In other words, Intel appears to be going hard at NVIDIA and AMD in the high performance computing (HPC) and enthusiast markets.

Exactly how early of a look this is raises another question. Barring a delay, Intel will introduce its first modern discrete GPU this year, with more to follow in 2021.