It won't be long before we'll be a whole lot more interested in Intel graphics drivers. After all, Intel's ability to design and fabricate big GPU chips isn't really in question (although it's leaving the actual manufacturing to TSMC, for now). The real question surrounding the company's forthcoming Arc discrete GPUs is whether Intel can produce a stable, compatible, and performant gaming graphics card driver—something that even AMD and NVIDIA struggle with at times.

With that said, it's not as if Intel doesn't already have graphics processors out there. Indeed, if you look at total market share for PC graphics adapters, Intel controls some 62% of the GPU market, according to Jon Peddie Research. Those integrated graphics processors (IGPs) need drivers too, and so we have the latest release, Intel Graphics Driver version 30.0.101.1191.


This driver version has improvements for both modern Intel chips with Xe-based graphics as well as older chips with "Gen 9" and "Gen 11" graphics, not to be confused with "9th-gen" and "11th-gen" Intel Core processors. For Xe-based GPUs, Intel marks down crash fixes in Battlefield 2042 and FIFA 21, as well as "playability improvements" for Halo: Combat Evolved Anniversary. This driver also corrects "graphics anomalies" in Shadow of the Tomb Raider, as well as an error message seen in Rise of the Tomb Raider. 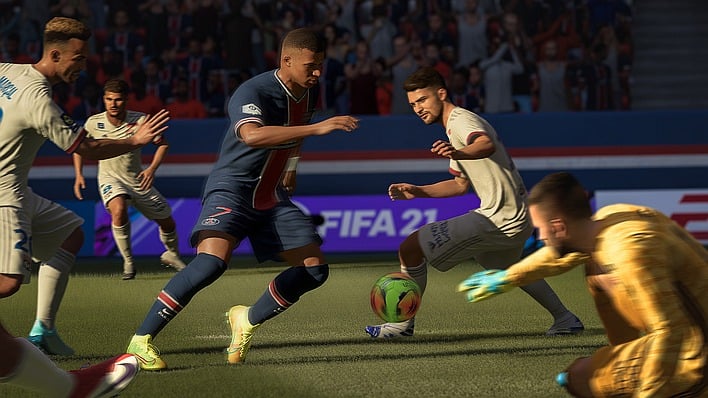 
Meanwhile, this driver offers "stability improvements with Desktop Window Manager (DWM)" for 6th-generation through 10th-generation Intel Core chips. We're not actually clear on what the specific issue there was, but if you've been having issues with Windows crashing or hanging on your Skylake, Kaby Lake, Coffee Lake, or Comet Lake CPU's integrated graphics, this driver may offer some relief.

There's a pretty good-sized list of known issues in this driver release. One could say that's a good thing, as it means Intel is taking stock of its problems and working on fixes. Notably, recent Call of Duty games, Far Cry 6, CS:GO, and The Sims 4 may crash or hang. Users may also see artifacts in Baldur's Gate 3, Dark Souls 3, Far Cry 6, Halo: Infinite, Metro Exodus, Mount & Blade II, Red Dead Redemption 2, The Surge 2, and Ghost Recon: Breakpoint. There are a fair number of model-specific known issues, too, so users on Intel graphics may want to check the full release notes [PDF] to see if a particular game title is affected on your hardware.