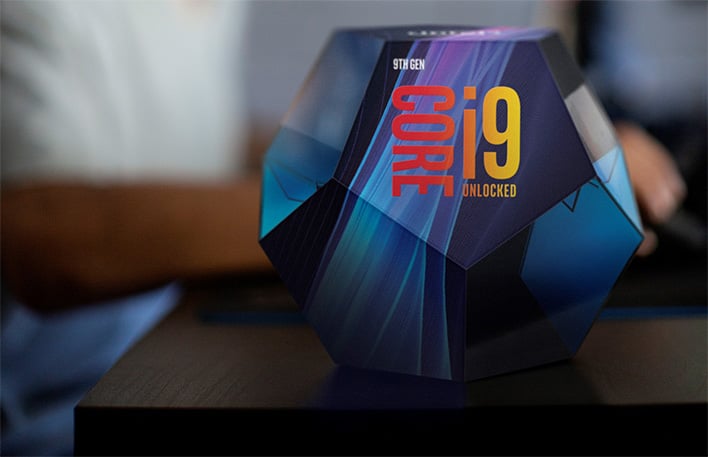 Are you building a new PC or considering an upgrade? If so, head over to Amazon and Newegg to check out some nice deals on a small handful of Intel 9th generation Coffee Lake processors, including the Core i9-9900K. You can save up to around 25 percent right now, on what seems to be a round of temporary price cuts.
Whether the reduced pricing ends up be permanent remains to be seen. However, in a statement provided to Tom's Hardware, Intel alluded to the discounts as being promotional in nature.

"Promotional price drops are one of the ways we work with our partners to continue supporting the strong market demand for high performance processors in the DIY segment," Intel said.
Technically, Intel's Coffee Lake processors are a generation behind, with 10th generation Comet Lake CPUs available (on the desktop and in laptops). And rumor has it that a new round of processors codenamed Rocket Lake are right around the bend, with a new socket and chipset in tow. So perhaps Intel is helping its partners make room on their store shelves for the newer stuff.
In practice, Coffee Lake is still a relevant and capable architecture. Intel's been stuck on its 14-nanometer node for what feels like an eternity, and the performance divide between Coffee Lake and Comet Lake is fairly small. That's to say, you could build a powerful PC around a Coffee Lake CPU and be just fine for several years to come.
That said, there are three processors on sale right now. Here they are, at Amazon and Newegg...

The discounts are a tad deeper at Amazon—$1 less for the Core i7-9700K and $5 less for the Core i9-9900K and Core i5-9600K.
In addition to Rocket Lake being around the corner, this is likely a reaction to increased competition from AMD, which has been on a roll with its Zen 2 lineup. And like Intel, AMD also has some next-gen chips on the horizon (Zen 3).
It will be interesting to see if these promotional price drops spread to other CPUs. For now, however, these are some nice discounts that are worth checking out.