Intel is ready to "usher in the era of metaverse and Web 3.0" by embracing blockchain in a big way. In a blog post, Senior Vice President and General Manager of Intel's Accelerated Computing Systems and Graphics Group, Raja Koduri, said blockchain is key to enabling everyone to own the digital content and services they create. As such, Intel intends to contribute to the development of blockchain technologies and will ship its first blockchain accelerator later this year.
That doesn't come as a complete surprise, given that the docket for the 2022 International Solid-State Circuits Conference (ISSCC) tipped Intel had developed a Bonanza Mine cryptocurrency mining chip. Intel is set to discuss what it's calling an "ultra-low-voltage energy-efficient Bitcoin mining ASIC" later this month (February 23).
Today's announcement, however, makes it clear that the Bitcoin mining ASIC is not a one-time play or one-off product. Instead, Intel has formed a new Custom Compute Group within the division Koduri is in charge of overseeing, and that team is tasked with building custom silicon platforms optimized for various workloads, which specifically includes blockchain.
Without saying it outright, Intel also seems to be embracing the concept of non-fungible tokens (NFTs). Koduri dances around the nomenclature while discussing the transformative emergence of digital ownership.

"Some even call it an inflection point in computing, fundamentally disrupting the way we store, process and transact our digital assets as we usher in the era of metaverse and Web 3.0. No matter how the future evolves, it is certain the availability of a lot more compute to everyone will play a central role," Koduri says.

"Today, we at Intel are declaring our intent to contribute to the development of blockchain technologies, with a roadmap of energy-efficient accelerators. Intel will engage and promote an open and secure blockchain ecosystem and will help advance this technology in a responsible and sustainable way," he adds. 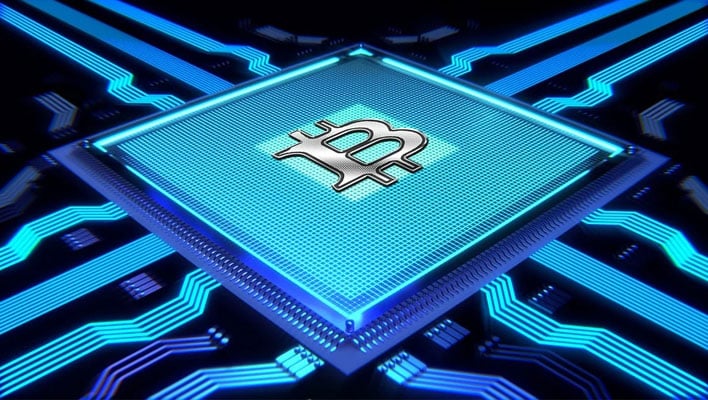 Koduri says Intel is mindful that some blockchain technologies require enormous computing power, which in turn consumes a ton of energy. This is one of the reasons why Ethereum is shifting to a proof-of-stake model (versus proof-of-work), with the promise of a massive 99.95 percent reduction in energy consumption.
Intel's first blockchain accelerator is claimed to offer over 1,000x better performance per watt than mainstream GPUs for SHA-256 based mining. Koduri doesn't get more specific than that. For example, he doesn't mention what exactly constitutes a "mainstream GPU" or how Intel's ASIC compare to others that are already on the market in terms of performance per watt. But he does reiterate that more information will be revealed at ISSCC this month.

Customers have already lined up, too. Argo Blockchain, BLOCK (formerly Square), and GRID Infrastructure are among the first to have place orders. And incidentally, Intel says that because the architecture resides on a tiny piece of silicon, it will have a "minimal impact" on overall chip supply. Let's hope that's true.