Intel has not yet released its 13th Gen Core processor lineup based on Raptor Lake and probably won't for at least another a few months. As it gets closer to the eventual launch, however, early engineering samples will permeate the market, facilitating leaked benchmarks. It's already started to happen, and there's even been a supposed sale of what figures to be the flagship SKU, the Core i9-13900K.
You can think of an engineering sample (ES) as a sort of beta release on the hardware side. AMD and Intel loan out these pre-production chips to original equipment manufacturers (OEMs), original device manufacturers (ODMs), independent software vendors (ISVs), and in later stages, to reviewers as well (usually a qualification sample or QS chip).
These chips allow Intel's hardware and software partners to test and develop platform solutions ahead of launch. The features, specifications, and capabilities may vary from the finalized silicon, especially if it's a particularly early ES chip. Technically these remain the property of AMD and Intel, but they sometimes still end up changing hands and being sold illicitly.
That appears to be the case at GooFish (as spotted by Twitter user @ExperteVallah), an apparent trading community in China. It shows an unreleased Core i9-13900K processor having sold for 2850 Chinese Yuan, which converts to around $425 in US currency. To put that price into perspective, Intel's Core i9-12900K is currently listed on Amazon for $548.78. 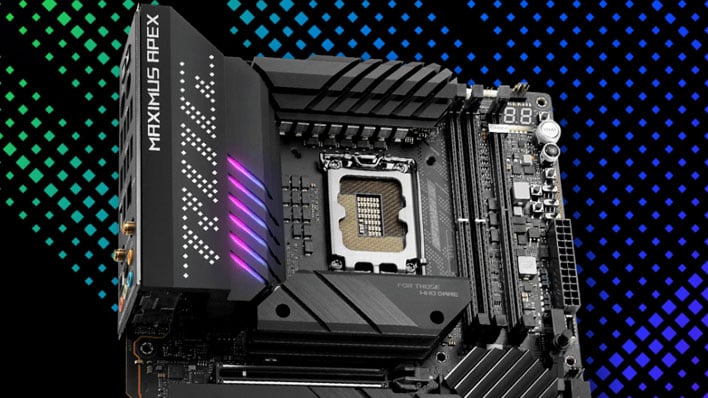 Based on this and other leaks, the Core i9-13900K is a fully configured Raptor Lake CPU with 24 cores (8 P-cores + 16 E-cores) and 32 threads. According to the listing, the ES chip was confirmed to boot in an ASUS ROG Maximus Z690 Apex motherboard and is even able to overclock. No other specifications or details were shared, though, such as clocks and cache.
The seller also blurred out identifying markings on the ES chip, so there's not much to glean there. Rumor has it that Raptor Lake could push boost clocks into 6GHz territory. Even if that ends up being the case, there's no guarantee that an early ES chip would hit the same speed. Therein lies one of the gambles of buying ES/QS silicon.
As far as Raptor Lake goes, we're cautiously optimistic that it will be a worthy upgrade to Alder Lake. In a separate leak, the folks at Expreview recently posted a bunch of benchmarks obtained from a non-K Core i9-13900. The early ES chip was only configured to run at up to 3.8GHz, so the site downclocked a Core i9-12900 to the same speed and then compared the results.
The short version is, the Raptor Lake CPU dusted its Alder Lake sibling with wins of up to 106 percent in SANDRA, up to 34 percent in 7-Zip, 30 percent in Corona, and 26 percent in Blender, to point out some of the highlights. It was a clean sweep, though the benches where the Alder Lake performed better were single-core tests. This makes sense because even though the site downclocked the Core i9-12900, it's still prone to boosting.
From our vantage point, Raptor Lake looks promising in the early going. But as always, we'll reserve final judgement until we've had a chance to test it for ourselves.