Will Alder Lake really be all that and a bag of silicon chips? That's what many benchmark leaks have suggested. If you want to add yet another one to the growing pile, a screenshot of a CPU-Z benchmark run highlights some impressively strong single-threaded performance obtained from a Core i7-12700K, and decent multi-threaded performance.
This is not to be confused with last month's leak showcasing Intel's upcoming flagship Core i9-12900K in CPU-Z. Assuming there was no funny business involved, a user in China took a photo of their CPU-Z results, showing the top-tier chip blazing to 825 points in the benchmark's single-threaded test, putting it well above the stock scores of any current generation CPU.
Following suit, leaker @TUM_APISAK posted an actual CPU-Z screenshot to Twitter depicting a Core i7-12700K scoring nearly as high—it achieved a single-threaded score of 800.2. Have a look... 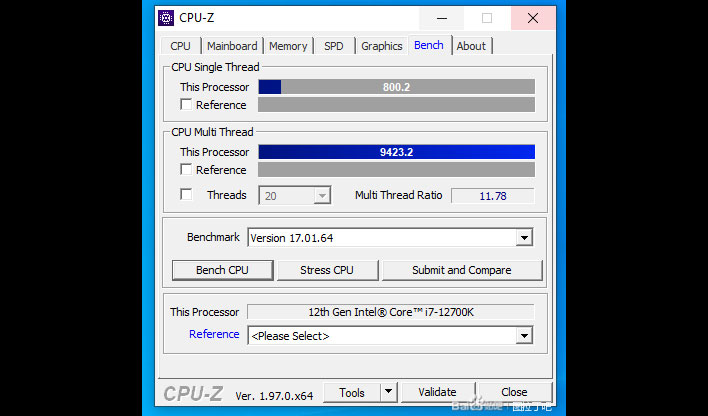 The Core i7-12700K is a 12-core/20-thread processor, with the physical core configuration comprised of eight high-performance Golden Cove cores and four power-efficient Gracemont cores. Those 'big' cores support Hyper Threading, hence the seemingly oddball core/thread configuration (compared to what we've been used to up to this point).
Before anyone gets too excited, note that the the screenshot is short on certain details. For example, we don't know what clock speed the Core i7-12700K was running at, including whether or not it was overclocked. Same goes for the type of cooling, which also impacts performance.
Disclaimers out of the way, scoring 800.2 in CPU-Z is quite the feat, if there's no crazy overclock or exotic cooling at play. There also could be untapped performance. While we can't know for sure, as someone commented in the Twitter thread, the lack of rounded corners seem to indicate this is running in Windows 10, not Windows 11. That can matter because Windows 11 does a better job with hybrid architectures. 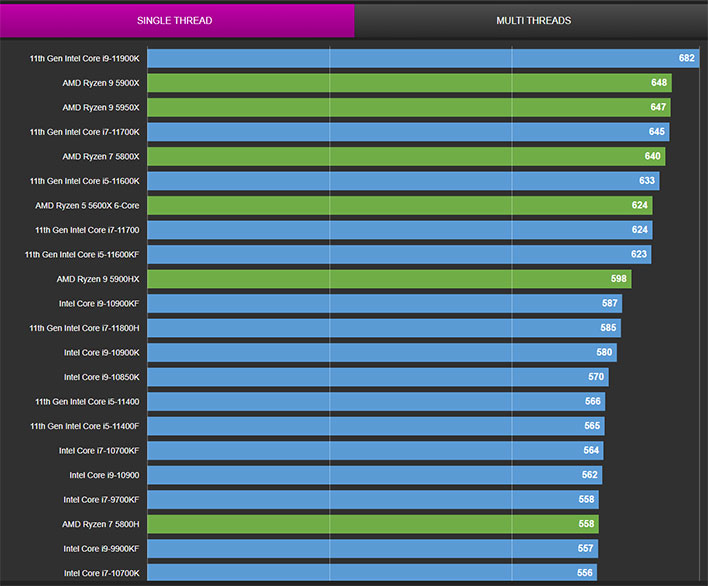