The majority of Raptor Lake leaks we have seen up to this date have focused on the Core i9-13900K, the forthcoming flagship CPU among Intel's 13th Gen stack (at least until a Core i9-13900KS arrives). That's great for getting a glimpse of peak performance, but what about the mid-range segment? Benchmarks obtained from a supposed Core i5-13600K seemingly hint at what's to come.
This will supplant the Core i5-12600K, which currently commands $269.99 on Amazon. That Alder Lake part wields 6 P-cores clocked at 3.7GHZ to 4.9GHz, 4 E-cores clocked at 2.8GHz to 3.6GHz, and 20MB of L3 cache, wrapped in a 125W package (150W max Turbo power). 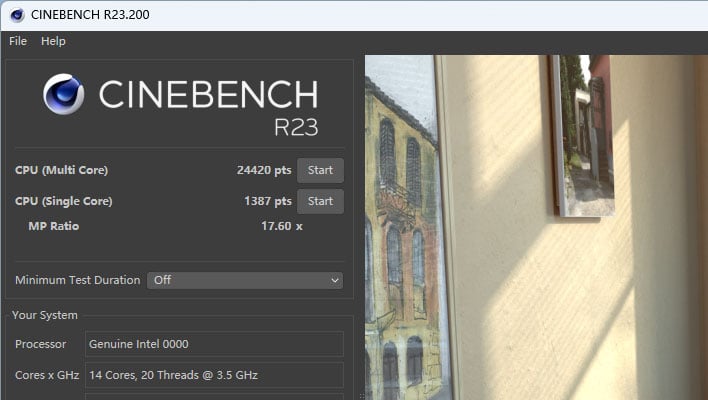 ECMS posted a rather impressive set of Cinebench R23 scores obtained from the Core i5-13600K. Running in Windows 10 Pro, it scored 1,387 points in the single-core test and 24,420 points in the multi-core test. Here's how those scores compare to our collection of benchmark results for currently-released CPUs... 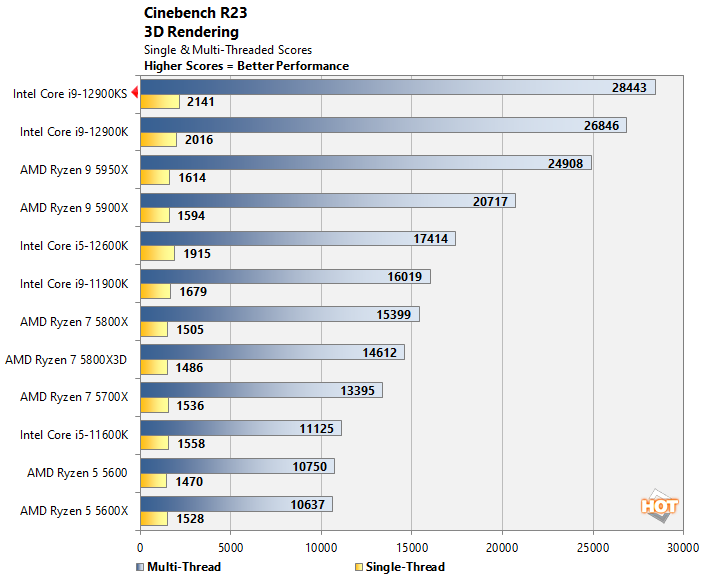 It's a wonky showing in the single-core test, and our best guess is that something is awry—perhaps the test only ran on the Efficiency cores, or maybe there's a driver issue or some other bug on the platform. For what it's worth, ECSM chalks it up to a potential BIOS problem of an early Z790 motherboard that was used for these benchmark tests. It could also be a quirk with the ES status.
Whatever the case, we'd be stunned if the finalized silicon was actually slower in single-threaded performance compared to its Alder Lake equivalent. We'll just have to wait and see. Same goes for how Raptor Lake compares to Zen 4, which is also slated to arrive this year.