Intel CEO Unleashes $20B Fab Expansion, Commits To Leadership With 7nm Back On Track

Intel CEO Pat Gelsinger is on a mission to put the company back on track in terms of leadership in its fab process technologies and innovation. The company found itself behind schedule in the transition from 14nm to 10nm and previously announced a multi-year delay for its 7nm migration as well. However, Gelsinger has offered a new plan to push his company forward with the next generation of the Intel Integrated Device Manufacturing (IDM) model.

Dubbed IDM 2.0, it consists of three primary components for maintaining dominance in the chip space: 1) Expanding its internal network of chip fabs, 2) Making use of third-party fabs when necessary, and 3) Establishing Intel Foundry Services to service external customers across the globe.

To the first point, Intel is investing $20 billion into the construction of two new fabs in the state of Arizona. The company hasn't disclosed a timeline for when these fabs will go online, but they will prove pivotal in helping Intel maintain a "competitive advantage that enables product optimization, improved economics and supply resilience." The new fabs will be located on Intel's campus in Ocotillo, Arizona, and will bring roughly 15,000 long-term jobs to the area.

According to the company's disclosures today, Meteor Lake will be its first client processor lineup based on an advanced 7nm process node using Extreme Ultraviolet (EUV) chip fab lithography. Intel will "tape in" the first compute tiles for Meteor Lake sometime during Q2 of this year. The company's hope is to continue to manufacture the majority of its processors in-house, but its other strategies lead us to the second pillar of IDM 2.0.

Third-Party Foundries Are A Continued Part Of A Stronger Intel

Intel wants to leverage third-party foundries where necessary and where it's efficient, just as the company does today. It was noted that these outside foundries will manufacture modular tiles for use in its client and data center markets (i.e., both Core and Xeon processors). The company also says that it will leverage third-party foundries for its family of discrete GPUs (which will target both the enthusiast gaming and enterprise markets) as well as its networking products (which have been outsourced historically). Spreading the love around, so to speak, will help Intel focus its core resources and energy on its most competitive and profitable product lines.

"This will provide the increased flexibility and scale needed to optimize Intel's roadmaps for cost, performance, schedule, and supply, giving the company a unique competitive advantage," Intel's chief explained. Based on its current forecasts, this expanded collaboration with third-party foundries -- including a rumored partnership with TSMC -- beginning in 2023.

Finally, Intel's revitalized Foundry Service (IFS) will be led by Dr. Randhir Thakur (who will answer directly to Gelsinger). IFS will provide semiconductor foundry services to a wide range of customers across the globe. The company will be setting aside capacity at its fabs in the United States and Europe to manufacture chips employing various architectures including x86, Arm, and RISC-V IP. 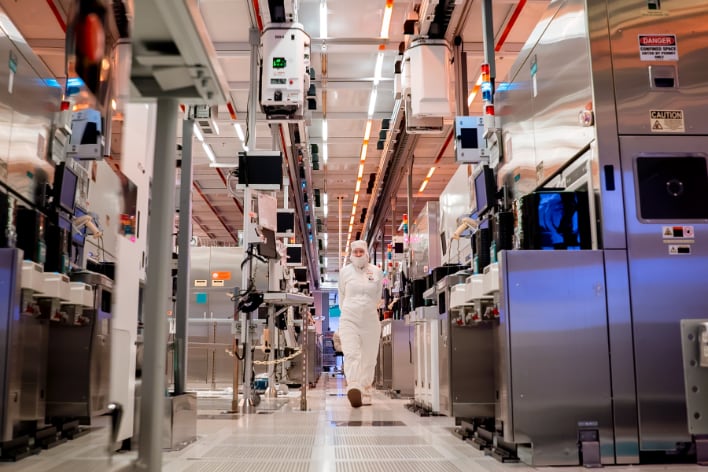 On a separate note, Intel's Gelsinger also announced a return to form of sorts, with a new industry event series called "Intel On." The event will be similar in scope to the now defunct Intel Developer Forum (IDF), which Gelsinger played a big part in during its years of existence (and he enjoyed it immensely). The first IDF took place in 1997, and last occurred in 2016. Gelsinger is welcoming tech enthusiasts to join in on the first Intel On event, which will take place this October in San Francisco. Given the state of flux the world is in, we're assuming that this will be an online-only event and not in-person like IDFs of yore, but that is unclear at the moment.

Regardless, these all seem like very strong, positive moves for Intel and it will be interesting to watch the company's various investments and strategies play out in the months and years ahead.

Editor's Note, 7:22 PM ET - 3/23/21: It could confidently be said that Pat Gelsinger is a beloved "old school" Intel veteran. It is becoming abundantly clear that his leadership is just what the doctor ordered for Intel. His enthusiasm is infectious, his energy abundant and his presence on point. Even though it's early out of the gate, it's clear Gelsinger is the right man for the job.