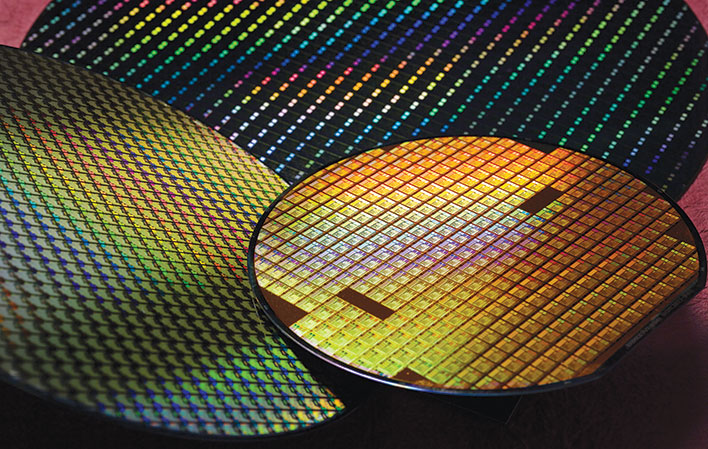 Intel has not been shy about the fact that it is considering its options, as it applies to chip manufacturing. Pretty much everything is on the table: forging ahead in the same manner as things have gone, tapping n outside foundry to produce some of its main CPU products, and/or licensing a foundry's process node to use within its own fabs. What will Intel ultimately do? Time will tell, but there is a persistent rumor going around that Intel has inked a deal with TSMC to produce processors on a 3-nanometer node.
If true, this would be a major development for a number of reasons, not the least of which is that it could potentially thrust Intel onto even ground or even ahead of AMD in process technology, in relatively quick fashion (though not this year). Intel has lost a step to its rival, as it has struggled to move beyond 14nm—its upcoming Rocket Lake-S CPUs are expected to be the last ones built on 14nm.
Intel is attempting to right the ship, and even brought aboard a new captain. Effective next month (February 15), Pat Gelsinger will replace Bob Swan as CEO. Gelsinger is a 40-year industry veteran, and spent 30 of those years at Intel. He's already making ripples in the water—his hiring enticed another former employee, Glenn Hinton, to come out of retirement and rejoin the gang. Hinton is perhaps best known as the chief architect of Intel's Nehalem architecture.
Gelsinger has his work cut out for him, and according to a Digitimes report that has been translated by retired engineer and businessman @chiakohua, Intel has already agreed to a deal with TSMC to mass produce 3nm processors, starting in the second half of 2022.
"Intel is set to become TSMC's second-largest customer, next to Apple. The cooperation between the two will continue through the 2nm generation," the report states.
The report goes on to state that Intel will adopt a dual-track manufacturing strategy, whereby TSMC will handle high volume production of new CPUs, while Intel will also produce them at its own fabs, but in lower quantities.
Could this really happen? It is certainly possible, but whether it is likely or not, well, that's another question. Taking the report at face value, it is a little bit suspect that TSMC would handle the bulk of production, given that it is already constrained with orders from AMD and Apple. But on the flip side, outsourcing to TSMC is a rumor that refuses to go away. Intel also had good things to say a couple of years ago about TSMC in a leaked memo.
"TSMC offers an advantage in terms of process node advancements," Intel said. "They're using their 7nm process, and with that they get a per-core frequency bump and lower power, which means they can scale to more cores per processor."
We'll have to wait and see what happens, but in the meantime, prepare yourself for a flurry of rumors.