We reported last week that Taiwan Semiconductor Manufacturing Co (TSMC) is allegedly looking to vastly increase its investments in the United States concerning fab capacity. The company announced its decision to build a $12 billion fab in Arizona in May 2020, and the report alleged that TSMC further committed to building up to six fabs in the state to keep up with rising demand.

Now we're learning that TSMC might go a step further by shifting the focus of the already announced Arizona plant from the relatively mature 5nm process node to the more advanced 3nm node. The first products using the 3nm process node are likely a year or more away from shipping in production devices and will be highly sought after by some of TSMC's most high-profile clients.

TSMC currently counts both Apple and AMD as customers (among countless others). Opening another state-of-the-art fab to produce the most advanced chips for these customers is critical to maintaining its dominance in the sector. This new 5nm fab won't come cheap, however. While the original plans called for the 5nm Phoenix fab to cost around $12 billion, the investment needed to pivot to 3nm will reportedly double that cost to between $23 billion to $25 billion. 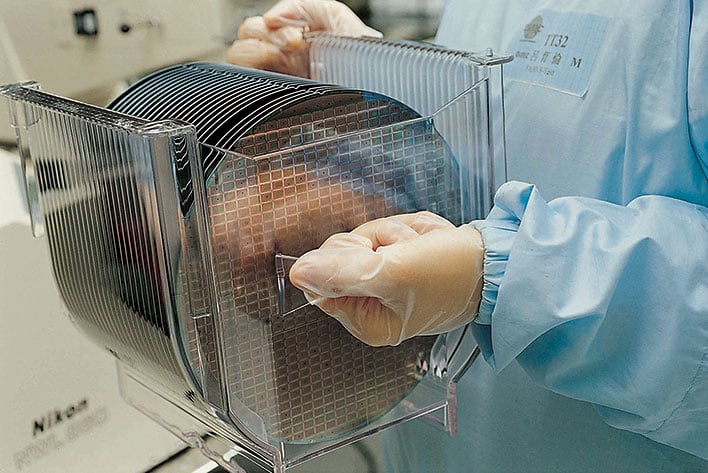 Even after the Phoenix fab is completed, continual upgrades will occur over the next decade and a half to allow the production of 2nm and smaller chips. The fab will be capable of producing around 20,000 12-inch wafers per month compared to 100,000/month at TSMC's current Taiwanese gigafabs.

TSMC is well on its way to gearing up for its Arizona push and has already hired 250 engineers for the facility. The company also poached a veteran Intel employee, Benjamin Miller, to lead up human resources. Of those 250 new hires, Reuters reports that 100 of them are already in Taiwan to go through a vigorous training process prior to starting work at the U.S. fab.

However, it's uncertain how TSMC's long-term plans will play out regarding stocking its U.S. fabs with U.S. citizens. According to TSMC, American colleges simply aren't pumping out the top-notch talent at a fast enough rate needed to thrive in the fab industry.

"In the United States, the level of professional dedication is no match to that in Taiwan, at least for engineers," said TSMC founder and chairman Morris Chang. Chang also noted that while the lucrative government incentives are undoubtedly appreciated, the "short-term subsidy can't make up for long-term operational disadvantage," given higher labor costs in the U.S.

TSMC isn't the only company that is throwing billions of dollars into new fabs. Intel plans to invest up to $20 billion to construct two new fabs in Arizona, while Samsung has committed $151 billion into fab expansion over the next decade.