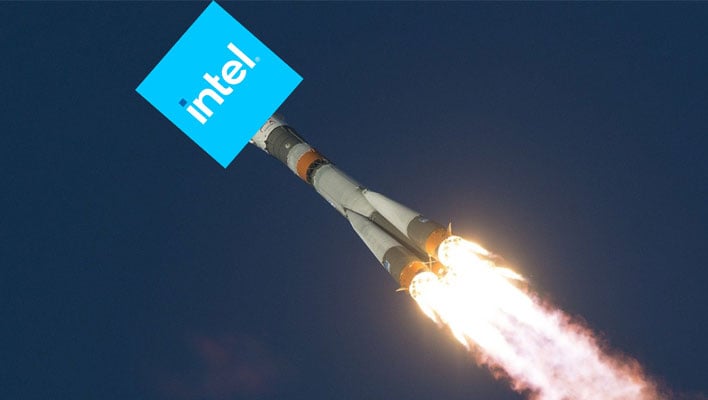 Intel is making some bold claims about its upcoming Rocket Lake-S launch, which will lift off next year. Though it will be another iteration of Intel's 14-nanometer manufacturing node, the chip maker has put it out into the stratosphere that Rocket Lake-S will deliver a double-digit jump in IPC (instructions per clock) performance. Some leaked benchmarks back up the claim.
Rocket Lake-S is a new CPU architecture (Cyprus Cove) that will fall under Intel's 11th Gen Core banner, supplanting Intel's 10th Gen Comet Lake processors. In addition to a sizable IPC gain, Rocket Lake-S will finally bring PCI Express 4.0 support to the desktop for Intel, by way of a new motherboard chipset, with up to 40 PCIe 4.0 lanes being offered.
Intel is keeping any detailed performance benchmarks it might have close to the vest. But over at UserBenchmark (as spotted by @TUM_APISAK), a presumed Rocket Lake-S processor nestled into an MSI Z590-A Pro motherboard shows some promising results.
This is an engineering sample (ES) chip with 8 physical cores and 16 threads. According to the database entry, it has a 3.4GHz base clock and 4.2GHz boost clock. Those are likely below the speed(s) that Rocket Lake-S will ultimately deliver when the silicon is finalized (at least at the top-end)—rumor has it they could hit an all-core turbo clock of 5GHz and up.
Let's have a look at the scores, and how they compare to a Core i7-10700K (8C/16T, 3.8GHz to 5GHz, 16MB L3 cache)...

These are interesting results. Not only is the Rocket Lake-S showing itself to be quite a bit faster than Comet Lake-S, but it is doing it at a clockspeed disadvantage, with just a 4.2GHz boost clock (as recognized by the benchmark database, anyway).
Next year is going to be a fun one, in terms of CPU battles. We can hardly wait.